Recalling the time when she directed dance moved for Twinkle Khanna and Kedarnath director Abhishek Kapoor aka Gattu Kapoor in the 1997 film Uff! Yeh Mohabbat, choreographer-filmmaker Farah Khan Kunder on Thursday shared a picture from the sets.

However, Khan had a hilarious tongue-in-cheek reference to the title of the film. 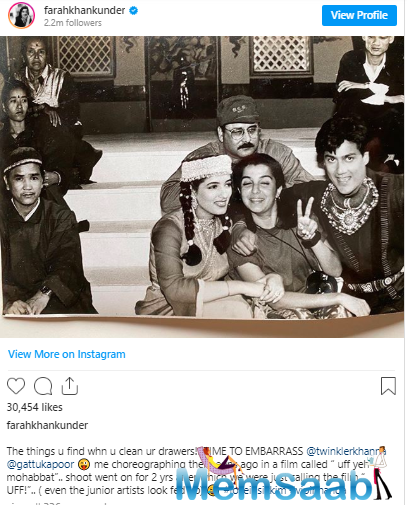 In This Image: Farah Khan, Twinkle Khanna, Abhishek Kapoor
“The things you find when you clean your drawers!! Time to embarrass @twinklerkhanna @gattukapoor… me choreographing them in a film called ‘Uff! Yeh Mohabbat’ …shoot went on for 2 yeara after which we were just calling the film ‘UFF!’ (even the junior artists look fed up),” Farah wrote on Instagram, referring to the delay in completion of the film. Farah’s note was accompanied by a few black-and-white pictures from the set. In the pictures, we see Twinkle Khanna and Abhishek, known among friends and colleagues as Gattu, in traditional costumes.

Netizens had a laugh seeing the post. A user commented: “Epic.” Another one wrote: “Hahaha. Lovely memories.” 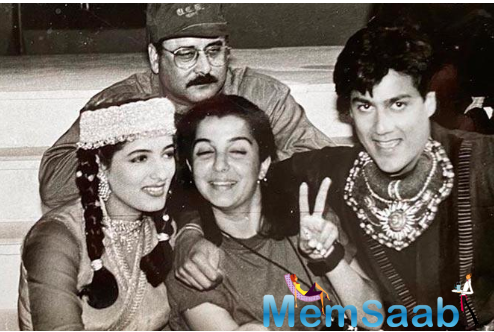 In This Image: Farah Khan, Twinkle Khanna, Abhishek Kapoor
Former actress-singer Raageshwari Loomba commented, “Hahahahaha. Even the gentleman behind you @farahkhankunder has balanced his chin and gone for a catnap.” Farah was quick to respond to Raageshwari’s comment. She replied, “He was the director…imagine!”

Uff! Yeh Mohabbat flopped terribly at the Box Office. The movie was promoted as a ‘love story in Sikkim’. 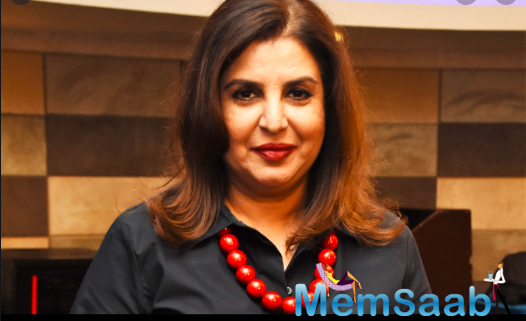 In This Image: Farah Khan
Rajesh Khanna and Dimple Kapadia’s daughter Twinkle Khanna quit acting shortly after marriage to Akshay Kumar and went on to carve a successful career as author and columnist. Abhishek Kapoor, cousin of Ekta and Tusshar Kapoor, has established himself as a director over the years.