This what Tanushree has to say about Manikarnika star Kangana...

This what Tanushree has to say about Manikarnika star Kangana Ranaut

This what Tanushree has to say about Manikarnika star Kangana Ranaut

Tanushree Dutta on Sunday claimed that Kangana Ranaut is a “bonafide A++ list actress.” 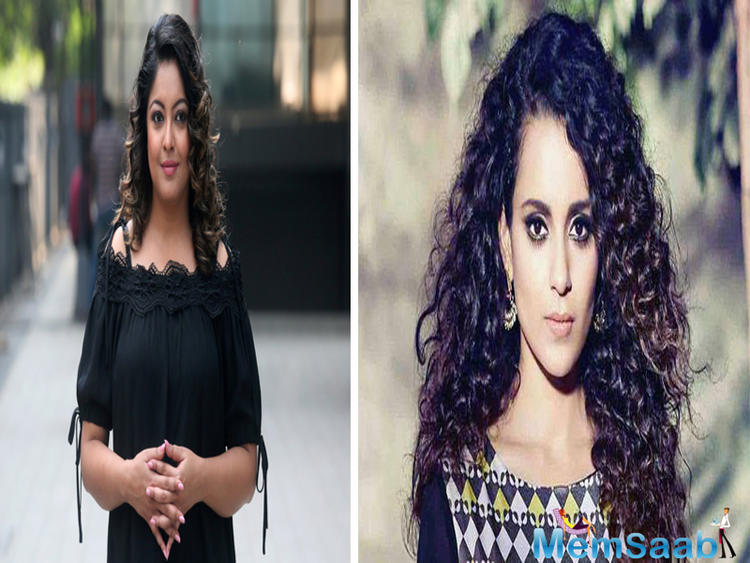 In This Image: Kangana Ranaut, Tanushree Dutta
In a statement, Dutta said, “Kangana Ranaut is a bonafide A++ list actress. Why the extra plus because she is the only one who made it to the top of her game in Bollywood without the nagging support and recommendation of A- list male stars, without a high profile surname or an unrealistically perfect, pure and pious facade that most Bollywood actresses seem to wear on and off screen.”

Substantiating her stance, she added, “Besides being a powerhouse performer she has truly set an example of someone who has made a unique and celebrated place for herself in an industry tough to conquer for an outsider. 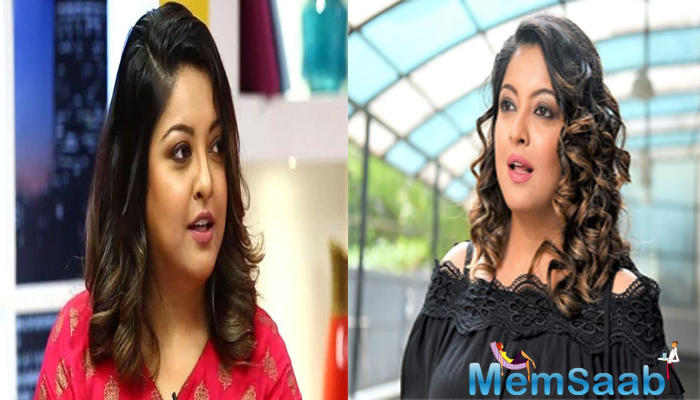 In This Image: Tanushree Dutta
This Damsel has truly made it all the way despite all the distress; leaving the frat boys club of Bollywood and their dames twiddling their thumbs in abject contempt for her success.” Dutta also claimed that other people in the film industry do not support Ranaut as they are intimidated by her talent. “Kangana they do not support you because they are intimidated by your talent, they hate your guts and their brawny thick muscle brains can’t seem to figure out how on earth you made it this far without them!! They think they are Gods and it is blasphemy to acknowledge that you shouldered a multimillion-dollar film on your own,” added Dutta. Lauding Ranaut for her latest film Manikarna’s success she said, “With Manikarnika’s success you have hit them on their softest spot and it will take them some time to recover. They will come around eventually…they have to or else they run the risk of being irrelevant.”

Furthermore, Dutta claimed that she has not watched her film but has been recommended by several people in the United States to watch the same at the earliest. 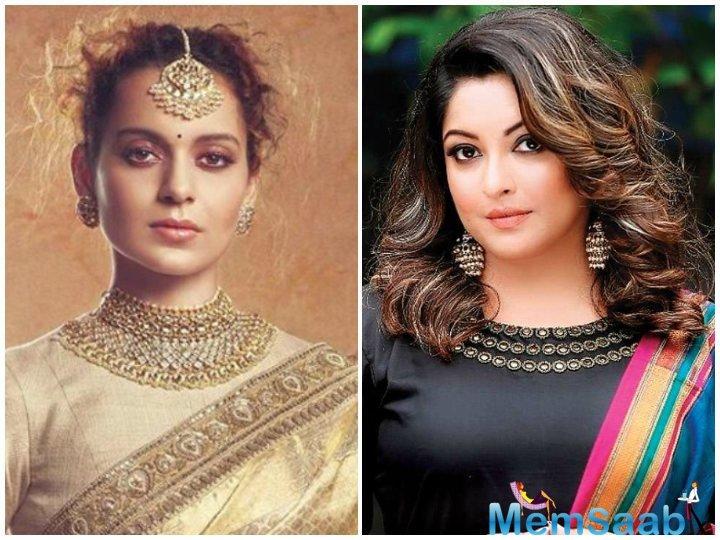 In This Image: Kangana Ranaut, Tanushree Dutta
She added, “I have not seen the film yet but my friends in the US recommended me to watch it asap so perhaps I will soon. My parents saw it on opening week and they are all praises especially for your performance in it. Keep up the good work and keep being you!!”

Kangana Ranaut’s ‘Manikarnika: The Queen of Jhansi’ crossed its first benchmark– the Rs. 50 crore mark after five days at the box office. 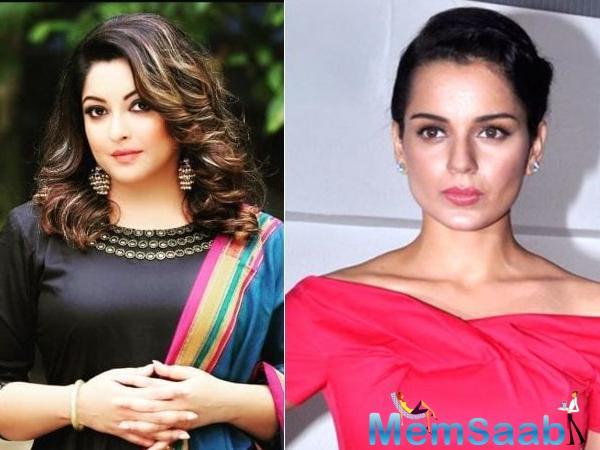 In This Image: Kangana Ranaut, Tanushree Dutta
The film is a period drama based on the life and struggles of Rani Laxmi Bai of Jhansi and her war against the British East India Company, during the Indian Rebellion of 1857.