What! Priyanka and Abhishek to play Zaira Wasim’s parents in...

What! Priyanka and Abhishek to play Zaira Wasim’s parents in their next

The Dostana and Bluffmaster couple, Priyanka Chopra and Abhishek Bachchan, is once again, all set to impress the audience with their pairing’s effervescence charm. They are all set to feature in Shonali Bose’s next, inspired by a true story of Aisha Chaudhary.

According to a Mumbai Mirror report, apart from Priyanka Chopra and the Guru actor, the next addition to the cast is Dangal and Secret Superstar actress, Zaira Wasim. 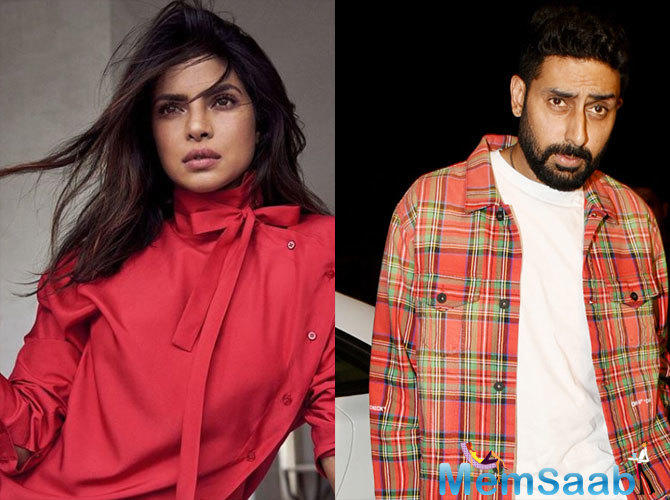 In This Image: Priyanka Chopra, Abhishek Bachchan
She’ll be playing the young protagonist in the film, produced by Ronnie Screwvala and Siddharth Roy Kapur. Zaira will play the character of Aisha – a girl with an immune deficiency disorder and who at the age of 13 was diagnosed with pulmonary fibrosis. THe desi girl and Abhishek Bachchan will play the teenager’s parents.

A source informed the publication, “Zaira really liked the script and has given her nod to the project. 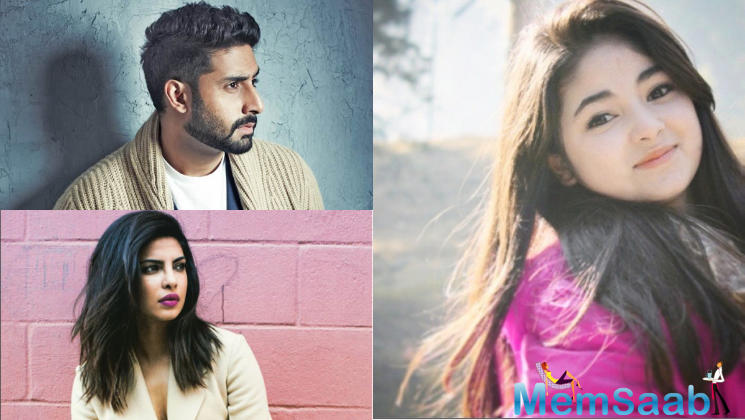 In This Image: Priyanka Chopra, Abhishek Bachchan, Zaira Wasim
Shonali is currently busy with the pre-production and is hoping to start shooting by the middle of this year in Mumbai. Priyanka and Abhishek will play parents to Zaira’s character.”

Aisha was born with an immune deficiency disorder and has inspired several people despite her own struggles and illnesses. 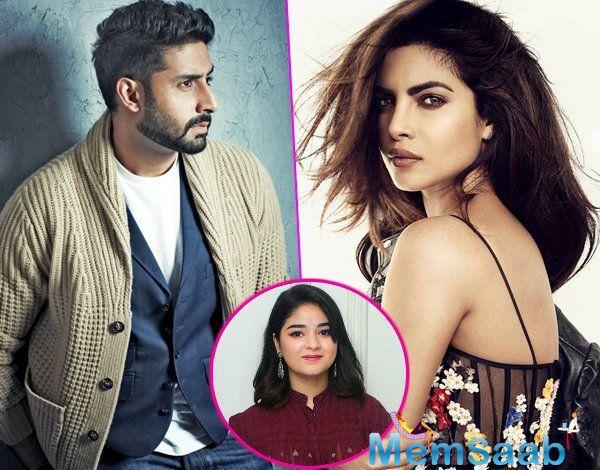 In This Image: Priyanka Chopra, Abhishek Bachchan, Zaira Wasim
She has also written a book, My Little Epiphanies and was named an INK Fellow. Aisha was also a speaker at TEDx Pune in 2013. The teenager breathed her last at the age of 18 on January 24, 2015.