This is what Arshad Warsi has to say about Bigg...

He called the makers of the show businessman because they are earning money because of the controversies. 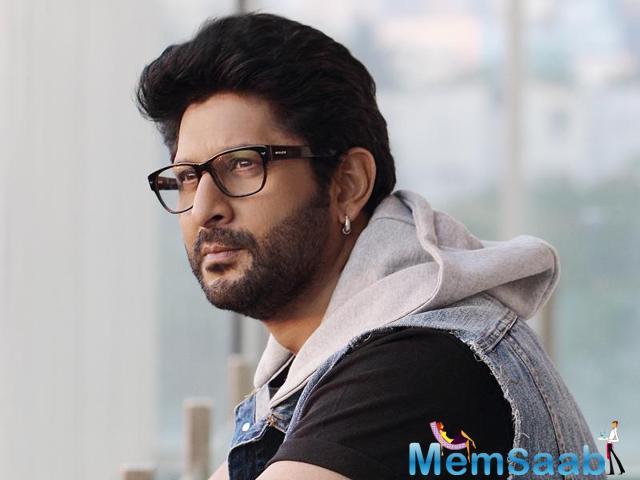 In This Image: Arshad Warsi, Salman Khan
Arshad Warsi, who hosted the first ever season of Bigg Boss on Indian TV, isn’t apparently pleased with the show. The controversial reality show, which is into its eleventh season, is being hosted by Bollywood heavyweight Salman Khan.

Bigg Boss is set to be one of the most controversial shows on the telly. It is filled with controversies, but Arshad Warsi thinks it’s down market! 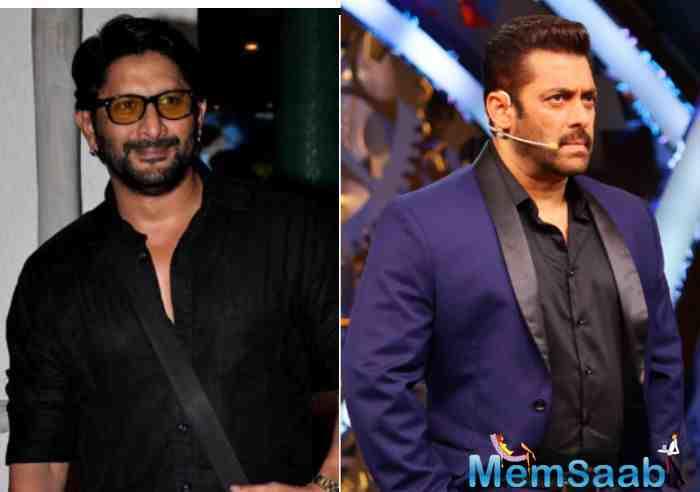 In This Image: Arshad Warsi, Salman Khan
In a recent interview, the actor spoke about the show. “The [Bigg Boss] show is down market,” he says. He spoke about the show being in the talks because of its controversies. People on the show, I hear, are tacky,” says Warsi, who hosted the first season in 2006. “I haven’t seen this season, but I’ve heard about it. The channel is attempting to boost the ratings by showcasing the things that sell. And thus, morality is taking a backseat,” he says, alluding to the recent crop of participants, who, inarguably, turn to violence and misbehaviour to garner attention.

He called the makers of the show businessman because they are earning money because of controversies. 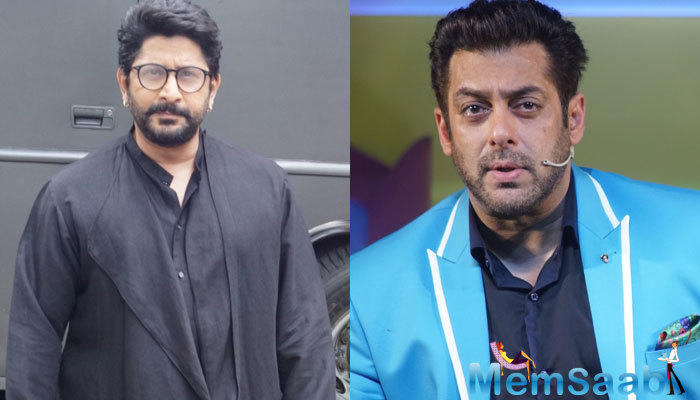 In This Image: Arshad Warsi, Salman Khan
Joining the likes of several actors and producers in blaming the audience for the worsening quality of content on TV, Warsi says, “People enjoy watching crass, and the channel is merely serving it. The content showcased on Indian television is regressive. The day people change, their taste [in content], the narrative of the shows will also change. If the world wants to see sensible people in the house, the channel will oblige.

The audience wants to see dramatic people, those who fight, hit and abuse.” 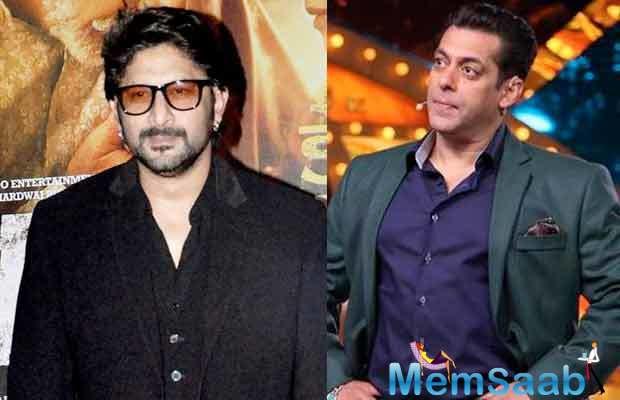 In This Image: Arshad Warsi, Salman Khan
Bigg Boss is apparently the adaptation of the British sitcom Big Brother, “The concept back then was to understand the psyche of people and notice the developments that occur when they are made to reside in a house, isolated from the world. No one wanted to cause any trouble. There was no nudity or violence demanded in the clause.”

He further added, When you meet new individuals, you can be cordial for a week. 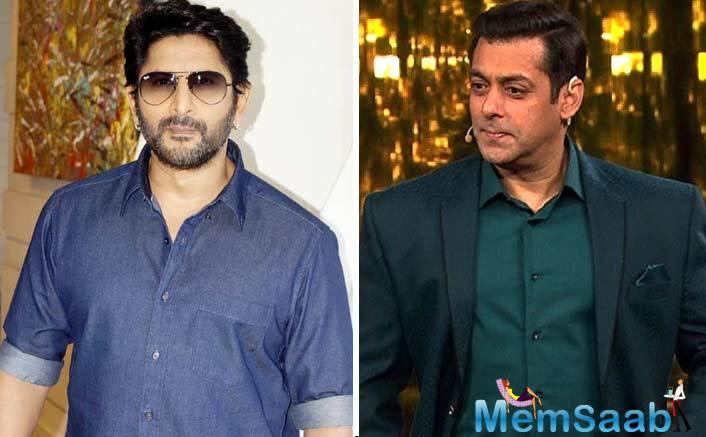 In This Image: Arshad Warsi, Salman Khan
Then, you discover their traits. When good behaviour wears out, the dynamics change. It takes time for people to reach that stage. But, now the channel wants immediate TRP success, so they are consciously sending nutcases into the house.”