This is what Amitabh Bachchan did after watching Ranveer Singh...

Ranveer Singh’s work as Sultan Alauddin Khilji in Sanjay Leela Bhansali’s ‘Padmaavat’ is getting huge appreciation from every single person who has seen the film. And now it seems that his act found a fan in none other than Shahenshah of Bollywood himself.

Amitabh Bachchan sent a handwritten note to Ranveer Singh praising him for his performance in his latest release ‘Padmaavat’. 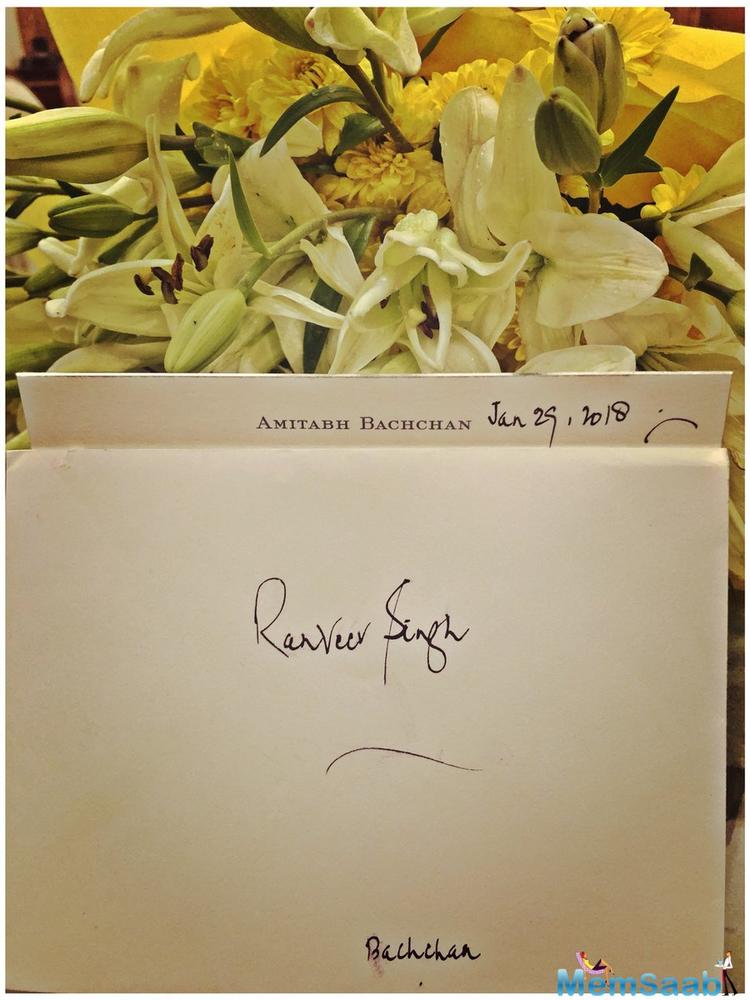 In This Image:
Calling the letter his “award”, an overwhelmed Ranveer took to Twitter to share the picture of the note and a bouquet Bachchan sent him after watching the Sanjay Leela Bhansali period drama.

“Mujhe mera award mil gaya (I have got my award) @SrBachchan,” the actor, who is receiving rave reviews for his portrayal of Sultan Alauddin Khilji in the magum opus, captioned the tweet. 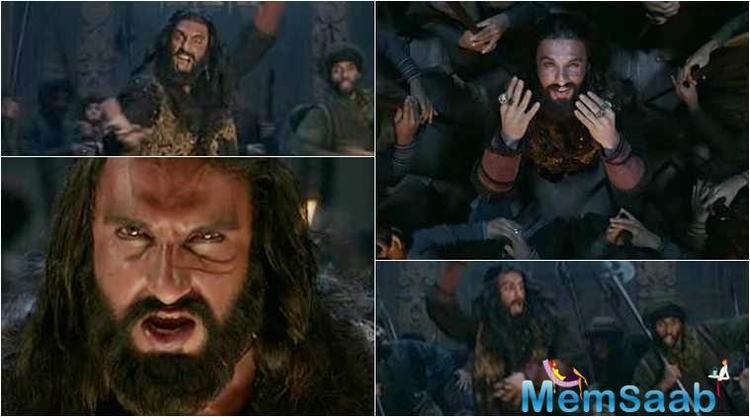 In This Image: Ranveer Singh
Ranveer, 32, also received a handwritten note in 2015, after Bachchan had watched ‘Bajirao Mastani’. 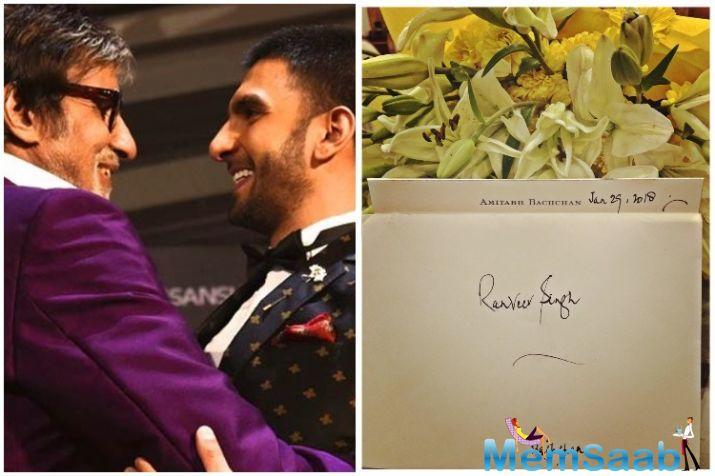 In This Image: Amitabh Bachchan, Ranveer Singh
The film is going strong at the box office, despite not releasing in some states and acts of vandalism across the country.