Virat Kohli rushed to a local hospital in Ranchi after...

During fielding of the third Test against Australia, in Ranchi Virat Kohli injured his shoulder and he has been immediately rushed to a local hospital. 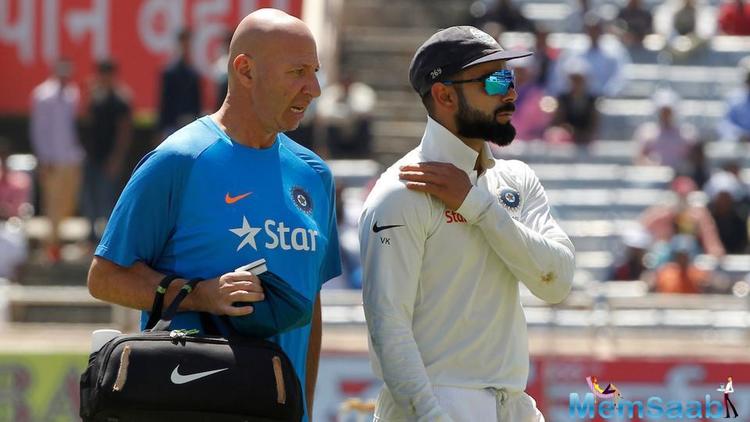 In This Image: Virat Kohli
India were in a commanding position after lunch, as Australia lost three wickets, with skipper Steve Smith and top order batsman Peter Handscomb looking to consolidate the innings.

The latter struck Ravindra Jadeja on the leg side, as the ball raced past Kohli, and hurtled towards the boundary. 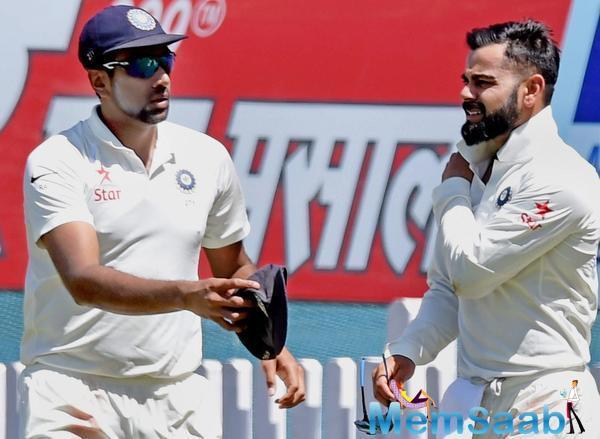 In This Image: Virat Kohli
Kohli, who is always seen giving it his all in the field, darted after the ball and managed to save one run, as he stopped it just yards short of the ropes.

However, the India skipper hurt his shoulder in the process, and was immediately escorted off the field by Team India physio Patrick Farhat. 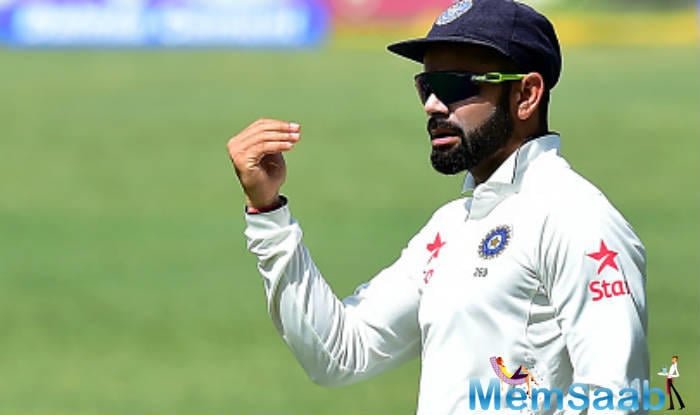 In This Image: Virat Kohli
While no confirmation on the severity of Kohli’s injury has been received as of yet, Team India and their fans will be hoping that the skipper is back on his feet when play resumes on the second day of the Test.