Vidya Balan’s Tumhari Sulu to get remade in tamil!

Vidya Balan’s Tumhari Sulu to get remade in tamil!

T-Series and Ellipsis Entertainment’s Vidya Balan-starrer, Tumhari Sulu, one of the most loved, successful and acclaimed films of 2017, is set to be remade in Tamil. The original also starred Manav Kaul, Neha Dhupia, and Malishka Mendonsa. The Tamil remake rights of the Suresh Triveni-directed drama-comedy has been bought by the Chennai-based BOFTA Media Works India, which is currently producing Mr. Chandramouli, starring Karthik, Gautham Karthi, Regina, Varalaxmi and others, directed by Thiru. It has, in the past, successfully distributed films like Zero and Ivan Thanthiran.

Renowned actress Jyotika will play Vidya Balan’s character of Sulu, the housewife-turned-night RJ who becomes an instant hit and perseveres to balance her life as a homemaker and career woman. 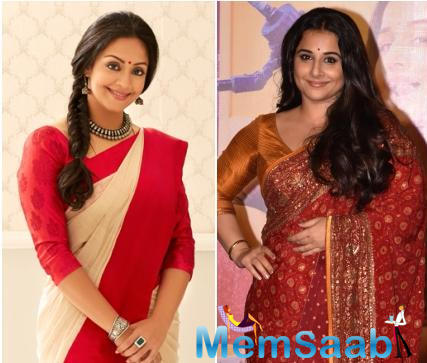 In This Image: Vidya Balan, Jyotika
Radha Mohan, who will direct the Tamil version, said, “I am excited to be directing such an appreciated film like Tumhari Sulu, and with Jyotika, with whom we had a great association in Mozhi. I was impressed with the realistic presentation of Tumhari Suluand hope to re-create the magic in Tamil with Jyotika.”

Said Jyotika, “I am a big Vidya (Balan) fan. I love her voice and command over Hindi, which is rare in Bollywood today. 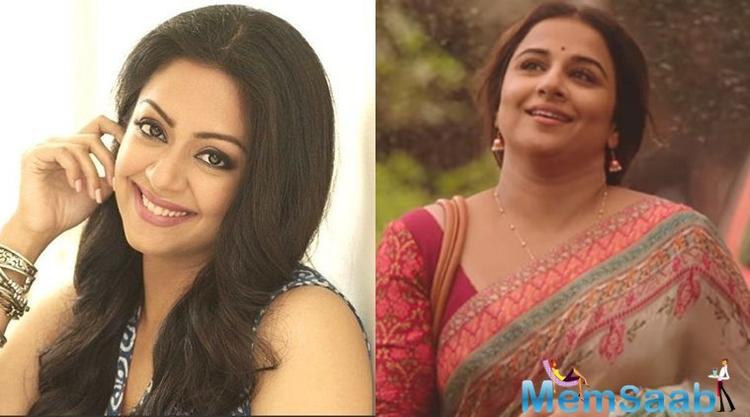 In This Image: Vidya Balan, Jyotika
“ I’ve watched every Vidya film, and Tumhari Sulu,in my opinion, is her most lovable work. I feel honoured to be stepping into her shoes. Kudos to the producers and to Suresh (Triveni) for making such a lively, honest, real and feel-good film!”

Said producer G. Dhananjayan of BOFTA Media Works India, “I am glad that Tanuj (Garg) facilitated the rights sale of such a wonderful film by T-Series and Ellipsis Entertainment. 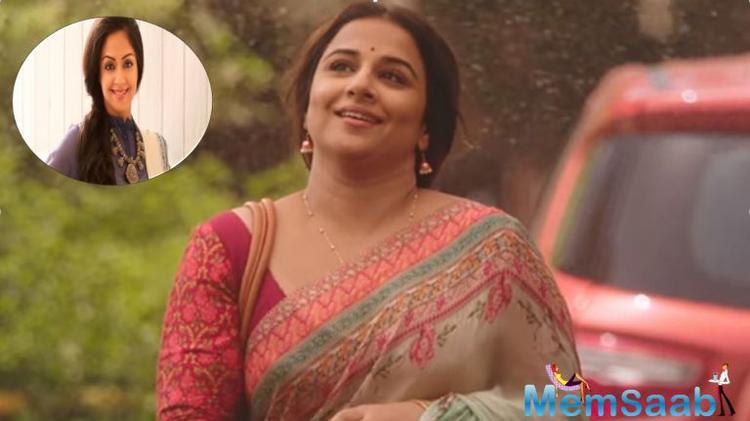 In This Image: Vidya Balan, Jyotika
We are excited that the film is going to be reprised by a fine actor like Jyotika and directed by the hugely accomplished Radha Mohan.” Producers Bhushan Kumar (T-Series) and Tanuj Garg, Atul Kasbekar, Shanti Sivaram (Ellipsis Entertainment) jointly stated, “Tumhari Sulu is a truly special film that warmed hearts nation-wide. Ever since its release, we have been inundated with offers from south filmmakers for its remake. Very rarely does a Hindi film get remade in a south language. We have entrusted the Tamil remake to a fine team led by G. Dhananjayan.”

Remarked Vidya Balan, “As a Tamil ponnu (girl), I feel happy about our film being remade in Tamil. 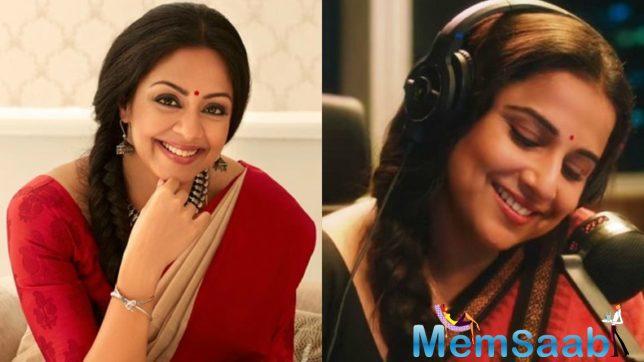 In This Image: Vidya Balan, Jyotika
Tumhari Sulu is a hugely special film for me and I wish Jyotika all the best in spreading the Sulu love!”