Ronnie Screwvala and Meghna Gulzar have found their leading man for the biopic on Sam Maneckshaw. Vicky Kaushal – India’s latest obsession has been roped in to play the legendary army man. It will be the fourth outing for Vicky and Ronnie together who have had a spate of successful collaborations in URI, Love Per Square Foot and Lust Stories before this.

Sam Manekshaw or Sam Bahadur as he was popularly known was born on 3rd April 1914 in Amritsar. 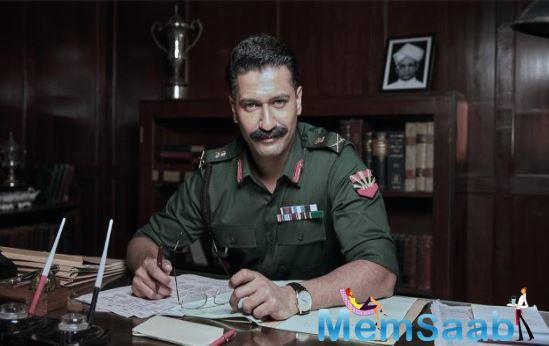 In This Image: Vicky Kaushal
Born to a Parsi family, Manekshaw wanted to be a doctor much like his military-doctor father but fate had something else in store for him. He became the part of the first intake of 40 cadets of Indian Army in 1932 by clearing the Indian Military Academy (IMA) entrance examination. He served as a captain with the Frontier Force Regiment in Burma during World War II and clinched victory against the Japanese. As a young captain, while posted in Burma and fighting a war with the Japanese in 1942, he was often critically wounded with one instance leading him having as many as 9 bullets in his body. While battling for life, his valiant Sikh orderly Sepoy Sher Singh came to his rescue and saved him from certain death.

One of his famous quotes is “If a man says he is not afraid of dying, he is either lying or is a Gorkha.”

In This Image: Vicky Kaushal, Sam Maneckshaw
Sam Manekshaw was decorated with a Military Cross (MC) for his exemplary courage during this period. Manekshaw cheated death on a few occasions, both on the battlefield and away from it. He, however, lived on to be a nonagenarian dying in Wellington, Tamil Nadu on 27th June 2008 at the age of 94. Sam Bahadur-led the country to victory against Pakistan in 1971, which eventually led to the liberation of Bangladesh. Another one of his famous quotes came when asked what would have happened had he opted for Pakistan during partition, to which he cheekily replied, “then Pakistan would have won all wars”

He was the first Indian Army officer to be promoted to the rank of Field Marshal and was also honoured with the Padma Vibhushan, the nation’s second highest civilian award. 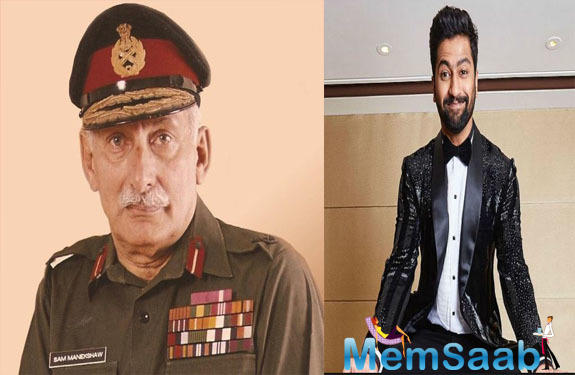 In This Image: Vicky Kaushal, Sam Maneckshaw
On the death anniversary of the iconic man – RSVP – that has always been inclined to bringing stores that must be told to celluloid – is pleased to unveil Vicky’s look in the film that goes on floors late next year. The script is written by Bhavani Iyer and Shantanu Shrivastava along with Meghna. “Sam Manekshaw’s name will be etched in history as one of the greatest soldiers and minds India has ever seen. Young India desperately needs role models to look up to, needs to be educated on the contribution made by this icon to India — as we know it today. I could not have asked for a better storyteller than Meghna to collaborate with on this one and will be a treat to do this with Vicky again,” says Ronnie Screwvala.

Meghna who will be directing Vicky for the second time after their smash hit RAAZI, says, This film has been brewing between RSVP and me, for some time now. 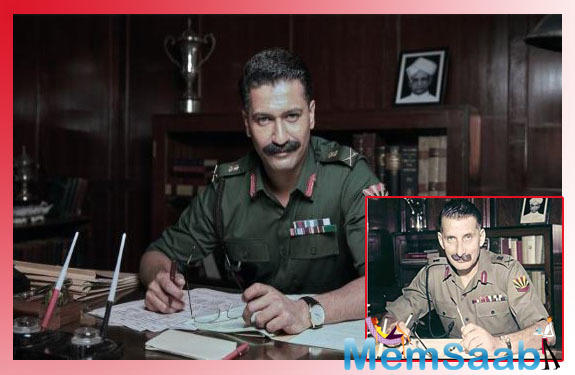 In This Image: Vicky Kaushal, Sam Maneckshaw
With Vicky now coming on board to play Field Marshal Sam Manekshaw, it has begun to simmer. Looking forward to things to come to fruition one step at a time.”It’s an absolute honour for me to be getting the opportunity to portray the life of Sam Manekshaw. Reuniting with Ronnie and Meghna feels like Home because of the tremendous comfort level we share. We are thrilled to bring forward the story of this fearless patriot and the first Field Marshal of India.” says Vicky Kaushal.