Venkatesh will star in the Telugu remake of Ajay Devgn’s... 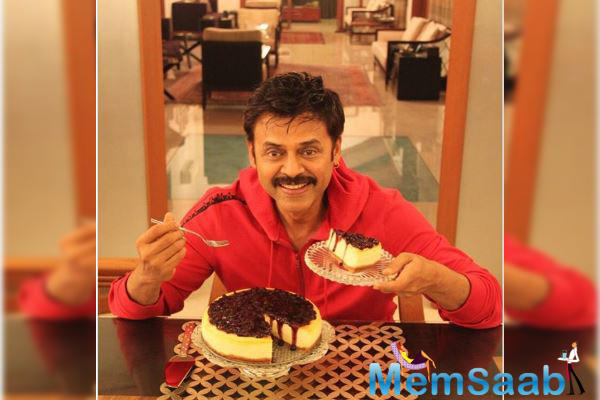 On the occasion of renowned production house Suresh Productions completing 55 years, its Managing Director Suresh Babu spoke to reporters and opened up about the banner’s upcoming projects. 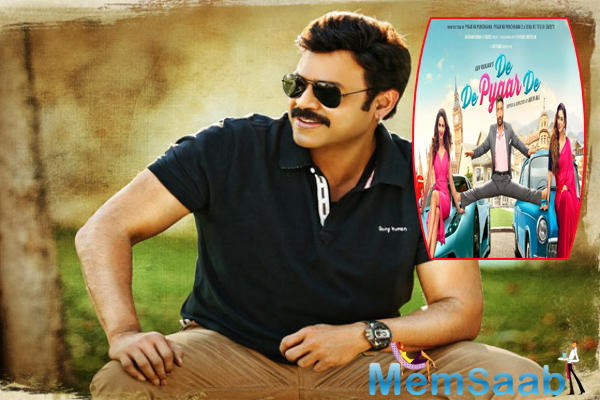 In This Image: Ajay Devgn, Rakul Preet, Tabu, Venkatesh Daggubati
“We are currently shooting ‘Venky Mama’ in Kashmir. The pre-production work on ‘Hiranyakashyapa’ (starring Rana Daggubati), which will be India’s biggest film, has been going on for three years now. As a company, we hope to make more films than before. We recently acquired the Telugu remake rights of ‘De De Pyaar De’ and it will star Venkatesh. We also have films planned with Tharun Bhascker and Trinadha Rao with Venkatesh,” Suresh Babu told reports.

He also said that they plan to make films in Tamil and Hindi. 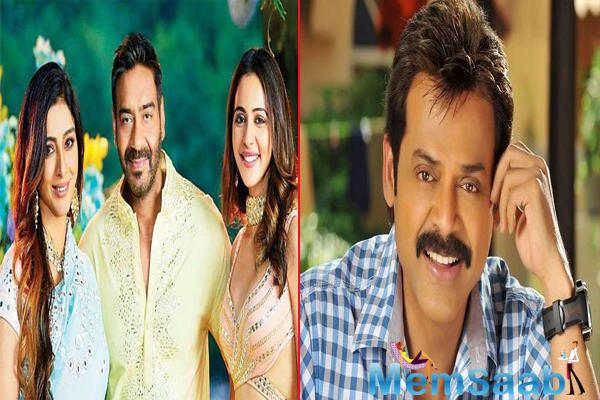 In This Image: Ajay Devgn, Rakul Preet, Tabu, Venkatesh Daggubati
On Suresh Productions clocking 55 years, Suresh said: “It’s not easy to stay relevant even after 55 years. We are really blessed to continue in the industry. What was once a production company is slowly turning into a content, talent management and technology company. This is a complete ecosystem that Rana and I are trying to put together”.