Is Varun Dhawan working on a new film? Actor spotted...

Is Varun Dhawan working on a new film? Actor spotted with a script at production house office

Bollywood star, Varun Dhawan’s wedding may be the hot topic of discussion, but going by these latest pictures, the actor seems to have movies on his mind.

Our cameras caught the actor arriving in smart casuals at a production house in the city, looking ready to do business. 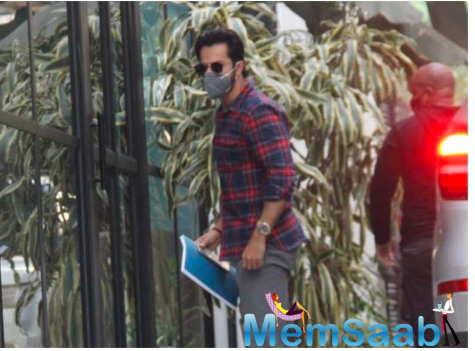 In This Image: Varun Dhawan
Holding what looked like a script in hand, the star was seen stepping out of his car and making his way into the office premises. Not one to miss the shutterbugs calling out to him, the actor gave the cameras a thumbs up and waved as he walked into the building. Is it safe to presume that we’ll soon have a new Varun-starrer to look forward to?

The actor is still to announce his next big film of 2021, after ‘Jug Jug Jeeyo’ that will see him starring alongside Anil Kapoor, Neetu Kapoor and Kiara Advani. 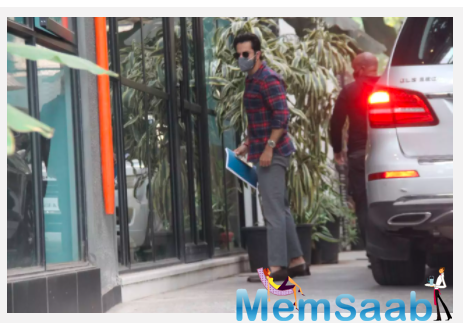 In This Image: Varun Dhawan
On a personal front, the actor is reportedly set to tie the knot with his long-time girlfriend, Natasha Dalal, this Sunday. Dhawan and Dalal, who were childhood sweethearts, will tie the knot in an intimate ceremony that will be held in Alibaug. “The wedding will be on January 24 as per Hindu rituals in presence of family and close friends in Alibaug. The pre-wedding functions will start from January 22,” sources told PTI. According to reports, the wedding was originally planned for May 2020 but due to COVID-19 pandemic, it was pushed to 2021.