Varun Dhawan starrer Street Dancer 3D has been moved to...

Varun Dhawan starrer Street Dancer 3D has been moved to Republic Day 2020!Find out the reason

Varun Dhawan starrer Street Dancer 3D has been moved to Republic Day 2020!Find out the reason

Varun Dhawan’s next release Street Dancer 3D is possibly one of the most anticipated films. With the young generation actor stepping into the dance mode yet again after the superhit ABCD 2, expectations from this film has sky-rocketed. 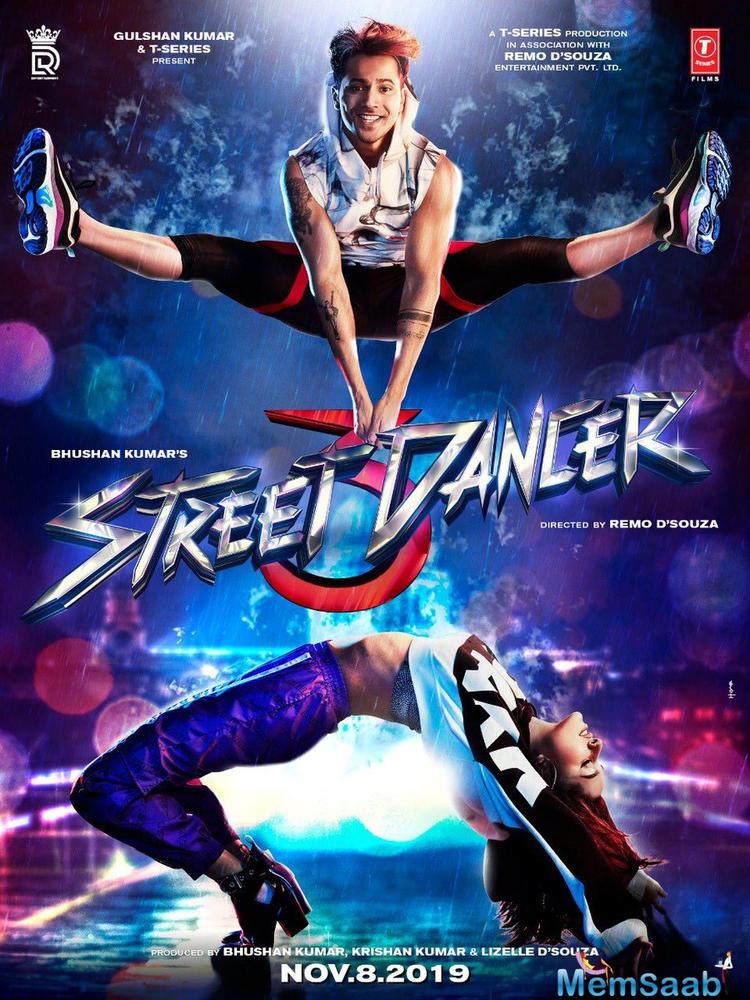 In This Image: Varun Dhawan, Shraddha Kapoor
While many had claimed it is the third instalment in the ABCD franchise, the makers decided to change the name. But one thing is for sure – the Remo D’souza directorial will be the biggest dance film ever made in India.

Recently, the makers announced the new release date for the dance flick. Initially, it was scheduled for a November 8 release, but has now been shifted to January 24, 2020.

In This Image: Varun Dhawan
With that, the film will also open in cinemas, just before the Republic Day. It will also be a big clash withKangana Ranaut-starrer Panga at the ticket windows next January. But it was a well thought-of plan, a source close to the production tells us. “Varun and Bhushan Kumar (of T-Series) mutually decided that it will be better for the film to come on January 24. There’s no delay in the film shoot. The film doesn’t even involve extensive VFX and is clearly on time. They could have very well released it this November itself. But the reason they decided to push it is to give Street Dancer 3D a bigger release window. Republic Day weekend would mean a hike in the film’s collections and off late, it has turned out to be a good time for movies at the box office.” Manikarnika: The Queen Of Jhansi released this year whereas Padmaavat crossed the 300 crore mark at the box office after opening in theatres in the same weekend last year.

Along with this, there’s another huge reason why the team locked in on this date for the Varun-Shraddha Kapoor starrer.

In This Image: Varun Dhawan, Shraddha Kapoor
The informer reveals, “Not many are aware that the dance film also has an extremely nationalistic angle. Street Dancer 3D will also have an interesting face-off between India and Pakistan. The script has a dance battle between two teams – India and Pakistan – led by Varun and Shraddha respectively. So they are also playing on that front.” Now, we know why the film has been postponed.