Varun Dhawan to reprise the role done Thalapathy Vijay in...

There have been numerous reports about Thalapathy Vijay starrer Theri being made in Hindi and who will step into the shoes of Vijay doing rounds on social media. If anything to go by the latest buzz, Bollywood actor Varun Dharan will play the lead in the Hindi remake of Theri but the actor is yet to confirm the same.

As per a report in The News Minute, Atlee who had written and directed the original film will direct the Hindi version of Theri as well. 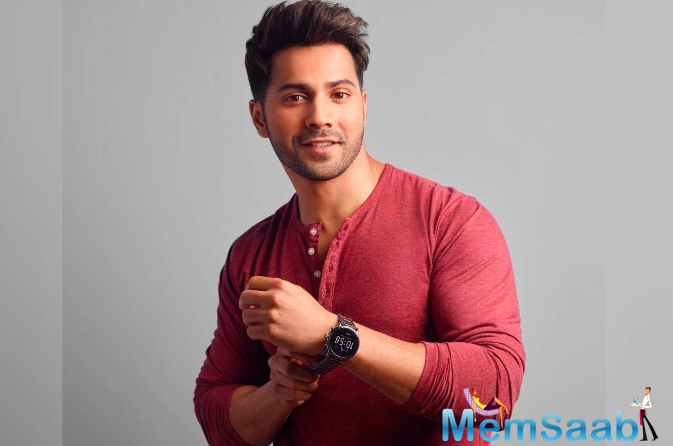 In This Image: Varun Dhawan
Besides Vijay, the original film starred Amy Jackson and Samantha Ruth Prabhu in the lead roles, while, Mahendran, Prabhu and Raadhika amongst others form an ensemble cast. The story of Their revolves around a baker who holds a secret identity as former Deputy commissioner of police and he is on a secret Ghost Protocol mission organised by the Commissioner of police.

Earlier there have been reports stating that Theri will be made in the Telugu language with Ravi Teja playing the lead role. 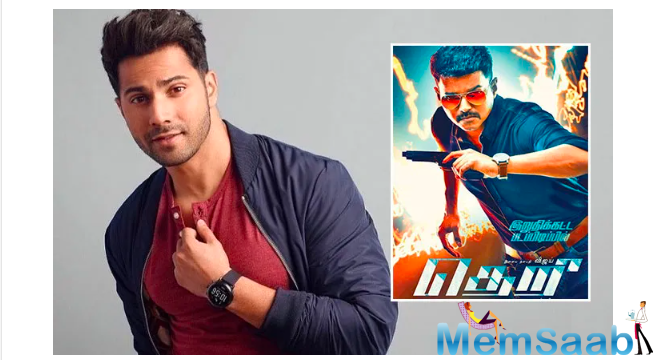 In This Image: Varun Dhawan, Thalapathy Vijay
But for some unknown reasons, the project did not take off and Ravi Teja started working on Disco Raja. According to the report, Theri Telugu remake was planned as a Dusshera release this year. However, the coronavirus pandemic and the nationwide lockdown has forced its makers to reschedule the shooting and release plans.

The shooting Telugu version of Theri will begin once the condition throughout the country returns to normalcy. 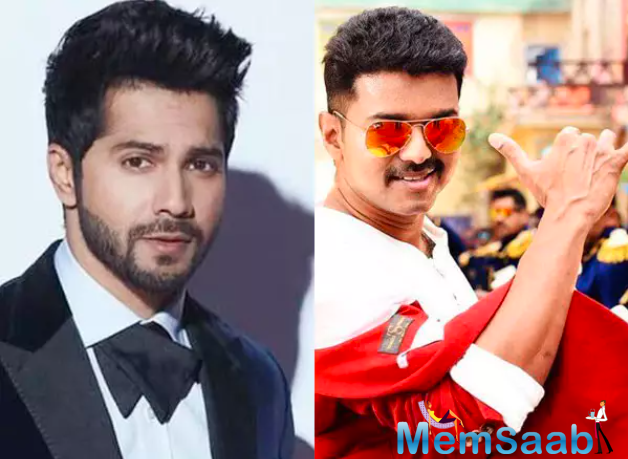 In This Image: Varun Dhawan, Thalapathy Vijay
On the professional front, Varun Dhawan — who was last seen in Street Dancer 3D — will be next seen in Coolie No1, starring Sara Ali Khan in the lead role.