After Dhamaal (2007) and Double Dhamaal (2011), director Indra Kumar is all ready to commence shooting for the third edition of his popular laugh-riot franchise, which has been titled Total Dhamaal as per a source. 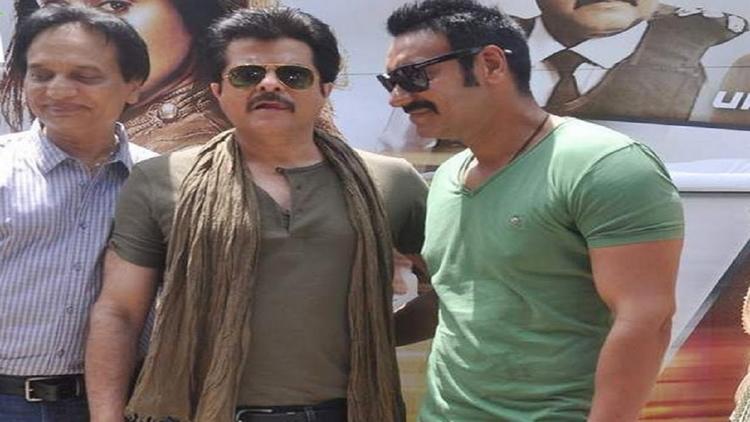 In This Image: Ajay Devgan, Anil Kapoor
“Ajay, my partner Ashok Thakeria, and I have had a fabulous association. Ishq is still one of the most successful comedy films in Bollywood and here we are, 20 years later, with another family entertainer. The Dhamaal franchise has a strong fan following. Ajay’s association makes it even more special,” said Indra Kumar . Also, according to speculations, Anil Kapoor might join the cast as a replacement for Riteish Deshmukh in this film as Deshmukh is reportedly occupied with his Marathi venture Shivaji. While Devgn’s association with the movie has been confirmed, no official statement has been made yet over Kapoor’s addition to the Total Dhamaal cast. 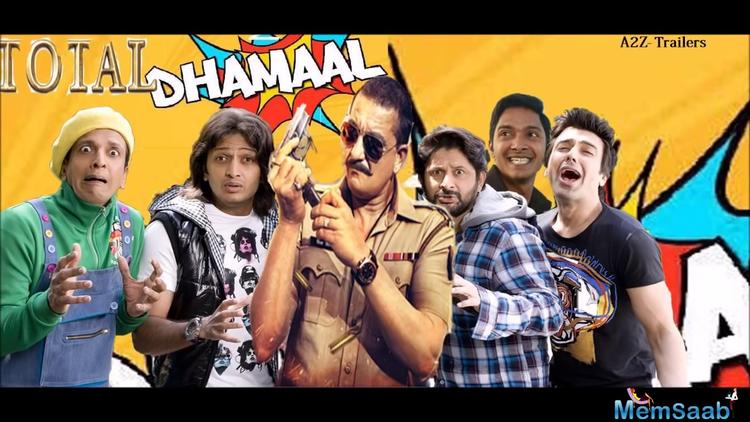 In This Image: Sanjay Dutt, Arshad Warsi, Riteish Deshmukh, Jaaved Jaffery and Ashish Chowdhry.
The entire premise of the films was around four worthless vagabonds who arranged their daily bread by cheating people. And in their humour-induced con thrills, they come across an agenda-driven police inspector (Sanjay Dutt) who adds a bit of run-and-chase to the plot.

The previous films in the franchise performed well at the box office. 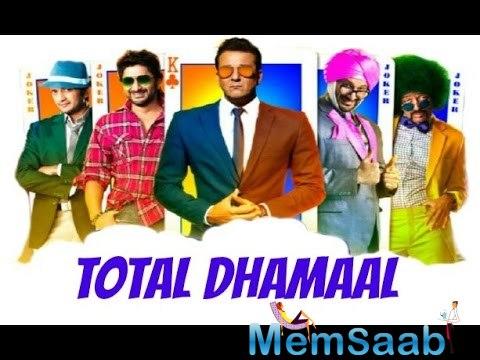 In This Image: Sanjay Dutt, Arshad Warsi, Riteish Deshmukh, Jaaved Jaffery
The makers Indra Kumar and Ashok Thakeria have decided to make the third film six years after the sequel was released. It is now confirmed that Ajay Devgan will come on board as the lead in Total Dhamaal replacing Sanjay Dutt, who recently backed out of the film due to an unavailability in dates and the adult content that the third installment of the Dhamaal series is said to showcase.