It’s no longer a secret that the makers of the Dhamaal franchise are all set to launch the third installment titled Total Dhamaal.

Now, reports said that Devgn might co-produce the film along with Indra Kumar and Ashok Thakeria. 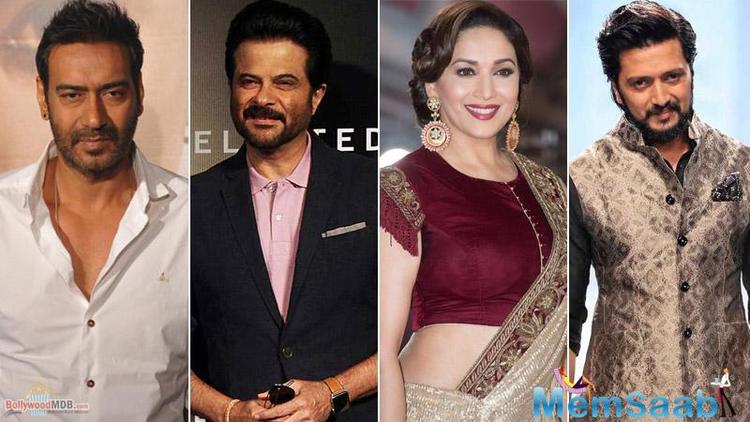 In This Image: Ajay Devgn, Anil Kapoor, Madhuri Dixit, Riteish Deshmukh
Initially, the makers were looking to retain the original cast in the upcoming part as well, but Sanjay Dutt, who became the most prominent face of the previous two installments of the series, decided to walk out of the project at the last minute and the makers had to search for another actor to fill into his shoes. They finally settled for Ajay Devgn. The versatile actor has earlier worked with Indra Kumar in Masti.

There is something interesting about his character in the movie. 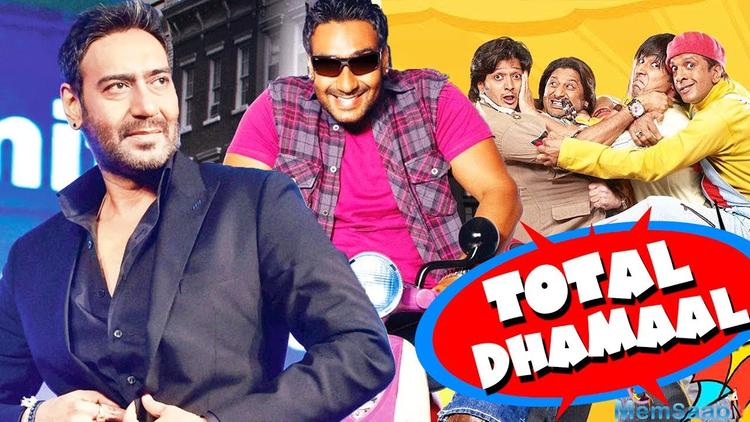 In This Image: Ajay Devgn, Riteish Deshmukh, Arshad Warsi, Aashish Chaudhary, Jaaved Jaaferi
The same report states that when Indra gave him a detailed narration, Ajay who rarely laughs, was actually laughing out loud. He liked what he heard but he had just one pre-condition — the humour should be clean, with no double-entendre. In other words, Total Dhamaal, which is slated to release in December 2018, is being packaged carefully to entertain and not embarrass any of the actors acting in it or those watching it. According to the reports; this will be the first time in seven years that Ajay will have no actress paired opposite him. The last time he tried this strategy was in Prakash Jha’s 2010 political drama Raajneeti. Total Dhamaal will also re-introduce the popular jodi of Anil Kapoor and Madhuri Dixit after a long gap on screen. The pair was last seen together in the 2000 movie Pukar, which won Anil a National award. They were also seen in 2001 film Lajja but they did not have any scene together in the movie. Meanwhile, the original Dhamaal gang of Riteish Deshmukh, Arshad Warsi, Aashish Chaudhary and Jaaved Jaaferi will also make their return in this third sequel.