Tiger Shroff and Disha Patani make for a happy couple...

Tiger Shroff and Disha Patani have been giving major couple goals for a long time now. Though the duo never talked about their relationship openly, their various outings together reveal the story. The lovebirds often get snapped in the city by the paparazzi on several occasions, from movie nights to attending events.

Today, they attended the special screening of Salman Khan’s ‘Dabangg 3’. 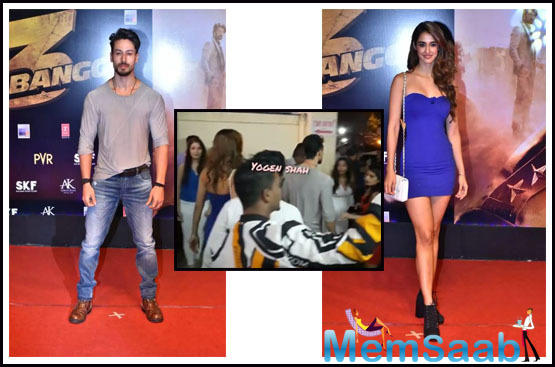 In This Image: Tiger Shroff, Disha Patani
For the occasion, Tiger opted for a grey full sleeve t-shirt teamed with blue denim and brown boots while Disha looked absolutely stunning in a blue bodycon strapless ensemble. They were all smiles for the pictures.

Meanwhile, on the work front, Tiger is currently shooting for ‘Baaghi 3’ with Shraddha Kapoor. He recently returned from Serbia where he was filming the action-adventure. 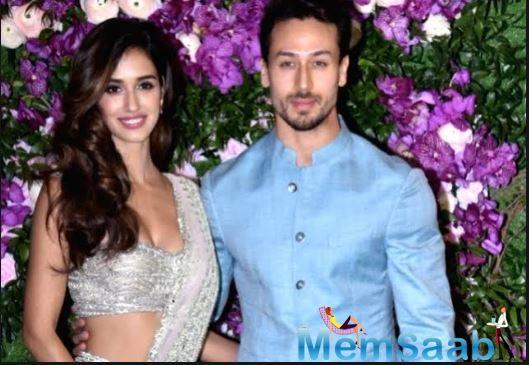 In This Image: Tiger Shroff, Disha Patani
Disha, on the other hand, will be next seen in Mohit Suri’s ‘Malang’. The actress will feature opposite Salman Khan in Prabhu Deva’s ‘Radhe: Your Most Wanted Bhai’. The film is slated for Eid 2020 release. 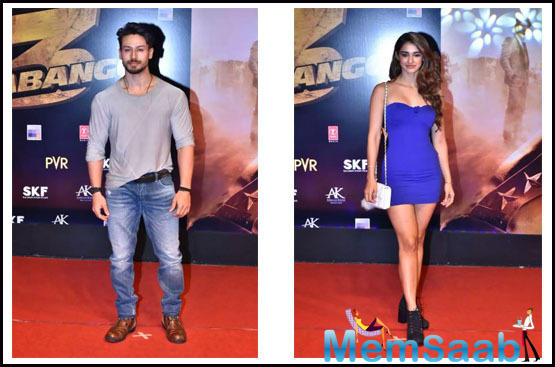 In This Image: Tiger Shroff, Disha Patani
Meanwhile, ‘Dabangg 3’ is helmed by Prabhu Deva and is all set to hit the theatres on December 20.