Taimur finds a friend in this little pony as he... 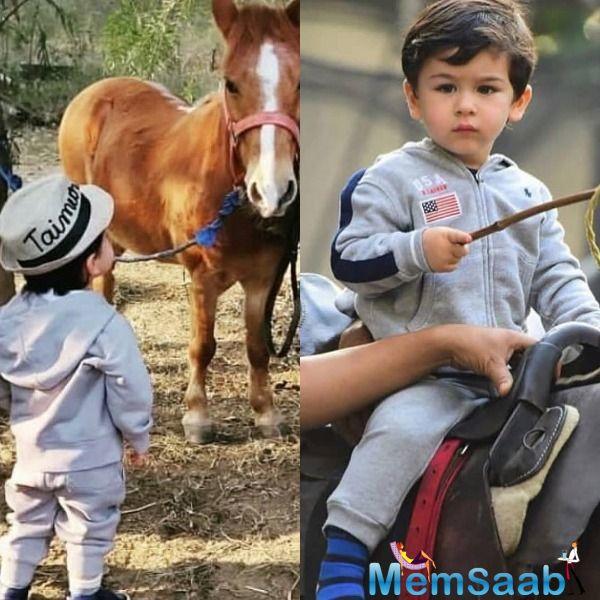 In This Image: Taimur Ali Khan
Taimur Ali Khan Pataudi, if you haven’t noticed, is already Bollywood royalty. From fans thronging to catch a glimpse of him to the paparazzi waiting at odd hours to click his many moods, Baby Tai sure knows how to keep his admirers amused and entertained. Be it with his adorable gestures or guffaws, when he sees his friends from the press, he is an absolute favourite who easily passes off as the poster boy of the toddler club in B-Town. In fact, these days the chote nawab has been spending some quality time at the Pataudi palace with his star parents and we can’t have enough of his pictures and videos.

Of course, we are talking about the viral video of him playing the ukelele. 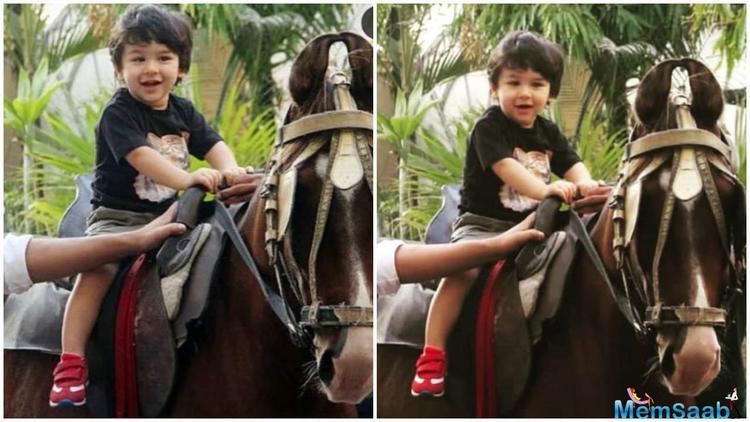 In This Image: Taimur Ali Khan
And a new adorable picture where he is making friends with a little pony, as he waits for his ride.

But not just that, he later also went for a piggyback ride behind papa Saif Ali Khan’s back and you won’t be able to unsee his smile! 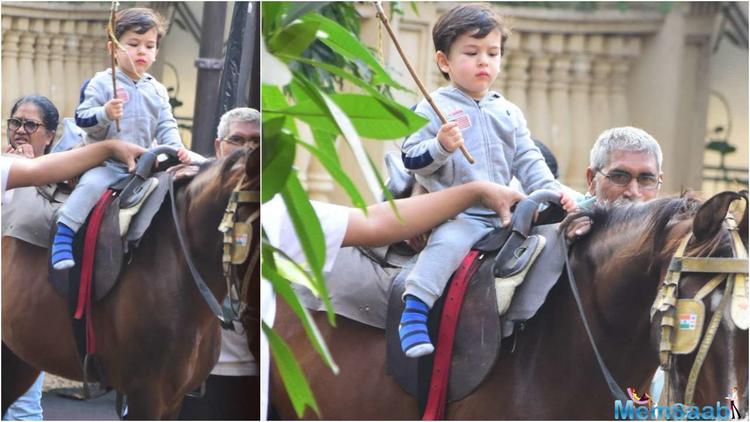 In This Image: Taimur Ali Khan
Earlier, a picture of Taimur chilling like a boss with his parents at the Pataudi Palace had surfaced. Tim Tim was staring at his dirty hands as he sat down on the ground of the sprawling palace. He was papped twinning with his mommy dearest wearing blue sweatshirts. For your daily dose of Taimur, stay tuned to BL!