Kareena Kapoor Khan, along with munchkin Taimur Ali Khan and hubby Saif Ali Khan, are currently in Dharamshala where the Tanhaji actor is filming his horror-comedy Bhoot Police, which also stars Arjun Kapoor, Jacqueline Fernandez, and Yami Gautam. Bebo has been were active on social media and been sharing a lot of posts from their trip.

Kareena now took to her Instagram account and shared two pictures and one video where she and Taimur could be seen trying their hands at pottery, and the toddler’s reaction, as it always does, stole the show. 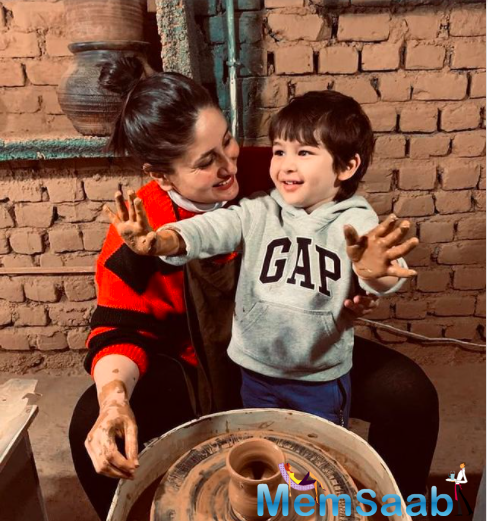 In This Image: Kareena Kapoor Khan, Taimur Ali Khan
Describing Taimur as her ‘lil man’, Kareena shared a picture front the Dharamkot Studio where the two went for some pottery fun.

And in the second post, the toddler could be beaming and smiling and flashing his tiny hands covered in mud. 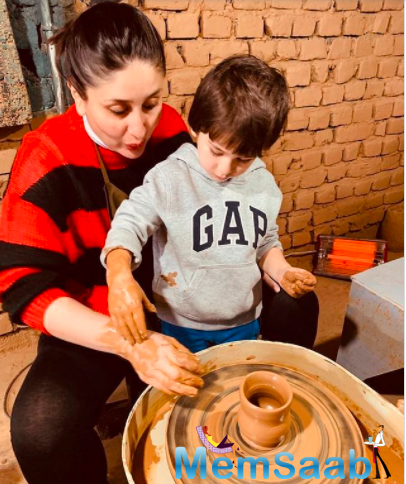 In This Image: Kareena Kapoor Khan, Taimur Ali Khan
The actress completed two decades in Bollywood. She began her career with JP Dutta’s Refugee in 2000 and became a star as years passed by. She went on to do films like Mujhe Kucch Kehna Hai, Kabhi Khushi Kabhie Gham, Hulchul, Omkara, Jab We Met, Golmaal Returns, 3 idiots, Golmaal 3, Ra. One, Heroine, Singham Returns, and Bajrangi Bhaijaan.

She was also seen in films like Veere Di Wedding, Angrezi Medium, and Good Newwz. 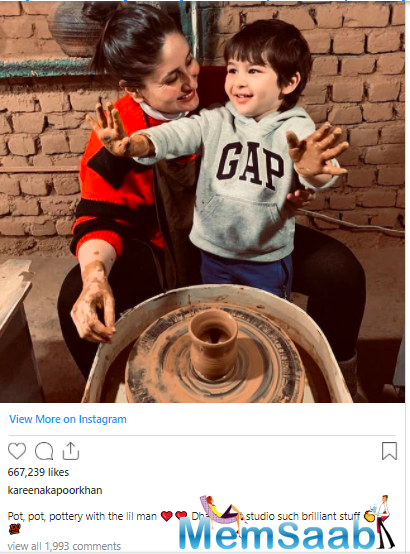