Tabu: Every character in De De Pyaar De is dealing...

“When I heard the story I thought it was extremely enjoyable. It’s definitely not about two women vying for a man. It’s not making fun or humouring everything. There is seriousness and maturity also and that’s the beauty of the film,” Tabu told PTI.

In This Image: Ajay Devgn, Tabu, Rakul Preet Singh
The Andhadhun star said the film was written with Ajay and her in mind. Having her longtime friend and Golmaal Returns co-star on board and the fact that it is not a film with “mindless laughter” made her she take up the project. “Every character in the film is dealing with real issues. Their struggles or conflicts aren’t trivialised. If he is in love with a girl in his mid-40s, it’s genuine. He is going through his own conflicts. My character’s journey after getting separated has also been shown. Every relationship is highlighted and given due space.”

Tabu says her upcoming film De De Pyaar De explores various facets of a relationship and is not a story where two women are vying for the love of a man. 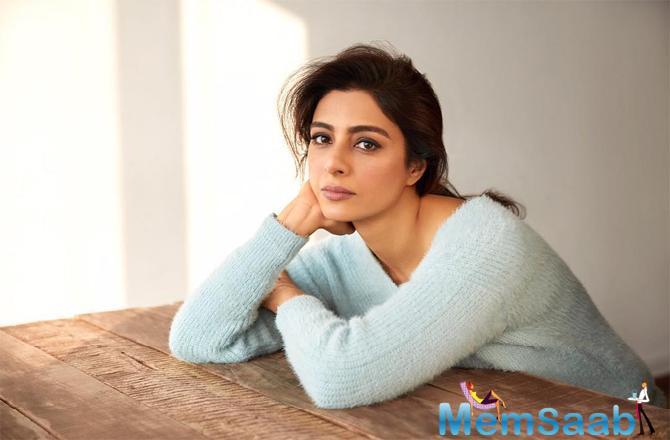 In This Image: Tabu
Directed by Akiv Ali, De De Pyaar De also features Ajay Devgn and Rakul Preet Singh. The film revolves around a 50-year-old single father (Ajay) who faces disapproval from his family and ex-wife when he falls in love with a 26-year-old woman, played by Rakul. Tabu stars as the Ajay’s character’s former wife. When the film’s trailer dropped, several critics pointed out that the movie seems to follow the archaic template of women competing for the love and attention of a man. However, Tabu said the film explores interpersonal relationships in a mature manner.

Tabu said the film tries to understand how two couples with age gap tend to view love and relationships. 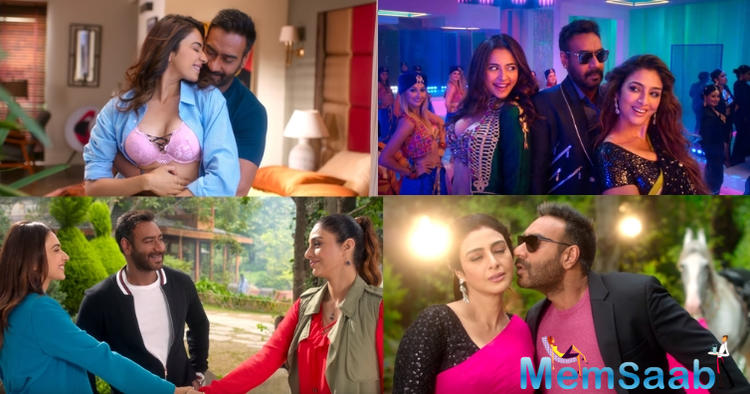 In This Image: Ajay Devgn, Tabu, Rakul Preet Singh
“The way a mid-40s couple deals with their relationship, their definition of love and relationship will be different than a 27-year-old woman. Her insecurities are different and issues are varied. It’s about people who evolve and develop a unique relationship.” De De Pyaar De is scheduled to release on Friday.