There is love pouring all around in B-Town of late, especially between the newlywed couples. 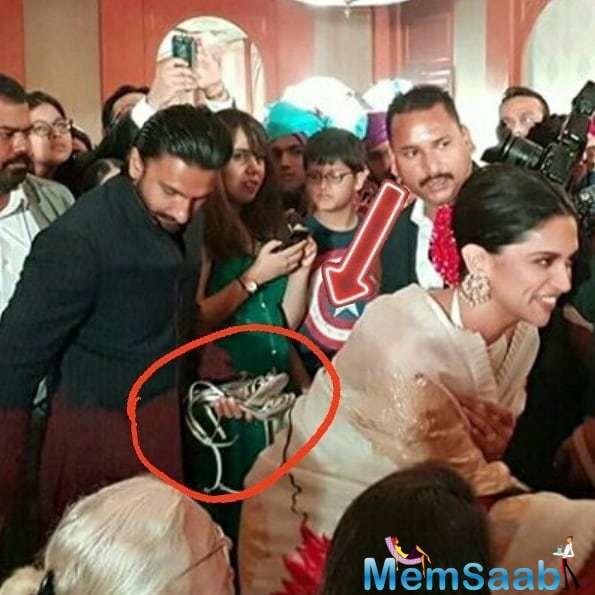 In This Image: Deepika Padukone, Ranveer Singh
A few days back, Anand Ahuja was snapped making Sonam wear her sneakers- a much adorable sight. And now Ranveer Singh has done something similar for darling wife, Deepika Padukone. The couple recently attended a wedding in Mumbai. A lot of pictures and videos of the lovebirds enjoying at the celebrations went viral. And there was one picture from the lot, which grabbed our attention.

Dressed in a white and red floral saree, Deepika was seen walking ahead, as caring hubby walked right behind her, but what was most adorable was that he held Deepika’s footwear in his hand. 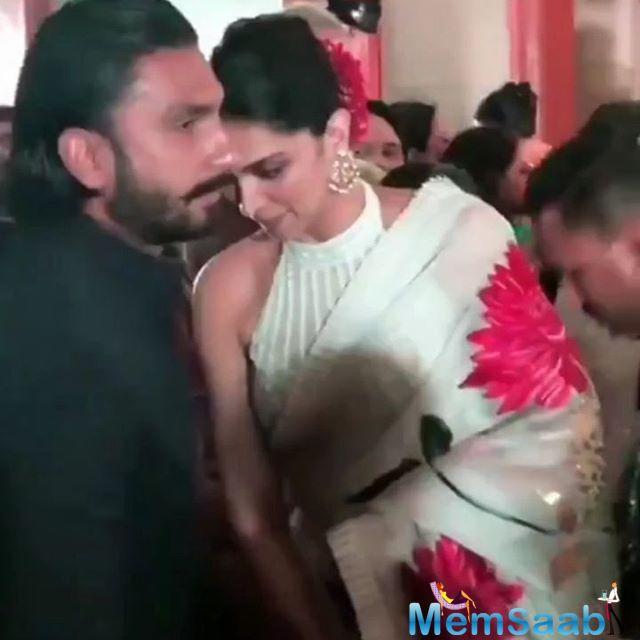 In This Image: Deepika Padukone, Ranveer Singh
Now, isn’t that just too sweet of Ranveer? It seems that the couple was near a deity’s idol or mandap, because of which Dippy had to remove her sandals. As she was wearing a saree, it would have been uncomfortable for her to carry the footwear amidst the crowd. So, bang came her helpful hubby who took the charge.

Meanwhile, Deepika has just returned from her Delhi schedule of Chhapaak. 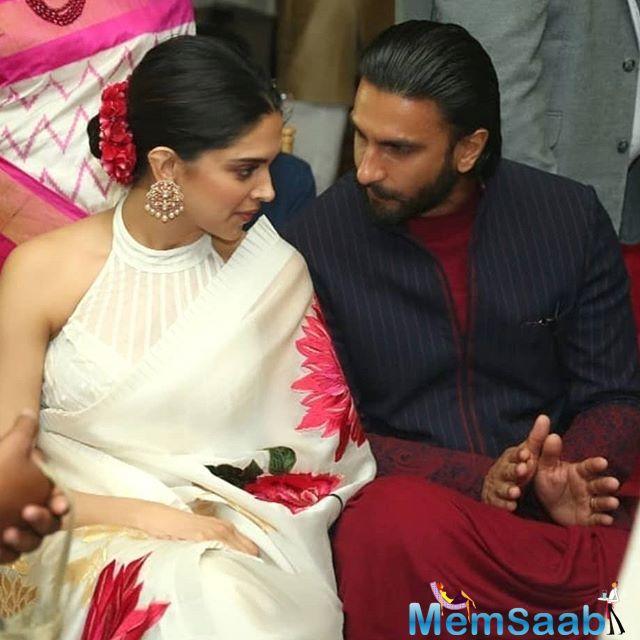 In This Image: Deepika Padukone, Ranveer Singh
While a number of shoot videos from the sets of the film went viral, yesterday, we had got you one where we could see the actress and Vikrant Massey kissing on a rooftop- the video was shot by a fan and was leaked on the Internet. Deepika plays the role of acid attack survivor, Laxmi Agarwal in the film, which is being helmed by Meghna Gulzar.