Ajay Devgn is all set to come up with a brand new TV series, Swami Ramdev: Ek Sangharsh, which is believed to be a tell-all on the life of the famous yoga guru.

Swami Ramdev: Ek Sangharsh, which is believed to be a tell-all on the life of the famous yoga guru. 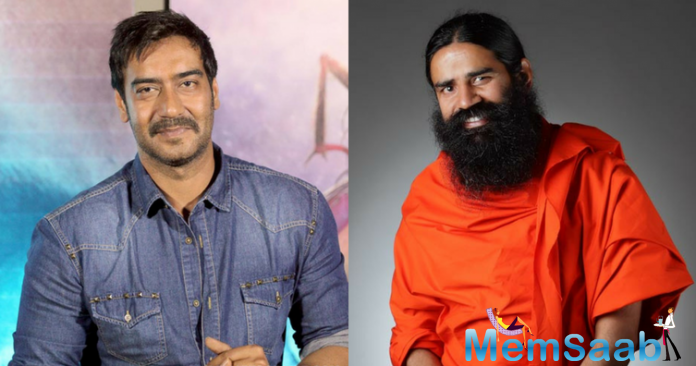 In This Image: Swami Ramdev, Ajay Devgn
Ever since the show was announced, everyone was eagerly waiting to see who would portray the role of Ramdev. And now the actor has finally been announced. On 29 December, Ajay Devgn confirmed that actor Kranti Prakash Jha, who last appeared in the Sushant Singh Rajput-starrer MS Dhoni: The Untold Story as his friend, has been signed to essay the role of Baba Ramdev. Devgn took to Twitter and revealed the first look of Jha as the yoga guru.Speaking in an interview Devgn said, “The show has the potential to become one of the most talked about on Indian television. We wanted a fresh face for the title role, someone who looks like the real-life Ramdev and be able to emulate his mannerisms convincingly on screen. I’m happy that Kranti is ready to walk the extra mile.”

Not only Devgn, Baba Ramdev too is really happy with Kranti playing him on-screen. 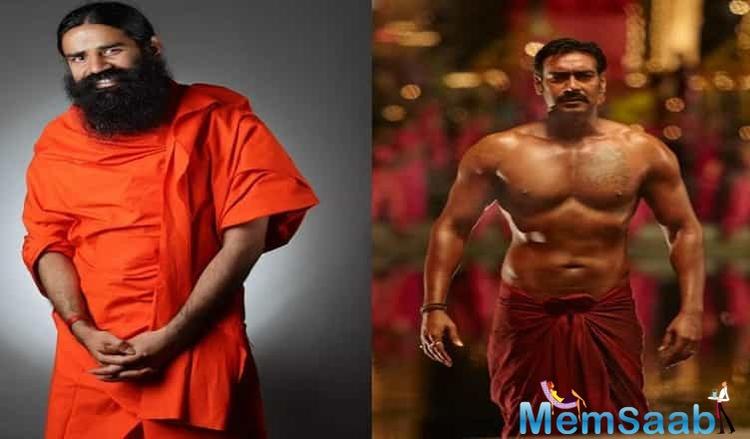 In This Image: Swami Ramdev, Ajay Devgn
Here’s what he had to say: “Kranti’s inherently spiritual personality and ability to remember and recite shlokas in the Sanskrit language impressed me. I enjoyed an early morning yoga session with him, he is working hard to get the asanas right,” . It was previously reported that child actor Naman Jain, who was seen in Chillar Party, Raanjhanaa and Bombay Talkies, will play the young Baba Ramdev in the series. Swami Ramdev: Ek Sangharsh will follow the story of the yoga guru and his companion Balakrishna. The series is expected to start airing on Discovery Jeet in January 2018.