Sanjana Sanghi, who was last seen with Sushant Singh Rajput in Mukesh Chhabra’s directorial debut, has shared a throwback picture with the late actor from the sets. Remembering Sushant on his birth anniversary, Sanjana took to her Instagram story and also wrote a sweet note for him.

The picture is from Paris where the duo was shooting for the film. 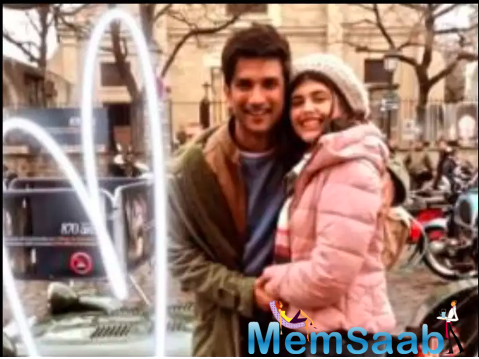 In This Image: Sushant Singh Rajput, Sanjana Sanghi
Striking a happy pose for the camera, both of them look absolutely adorable together. Along with the picture, she wrote, “Hope the smile remains just as wide forever. You’re missed everyday.” She also put a heart on their picture.

Sanjana, who was seen in ‘Rockstar’, recently spoke to BT and revealed that she consider Ranbir Kapoor the perfect artiste. 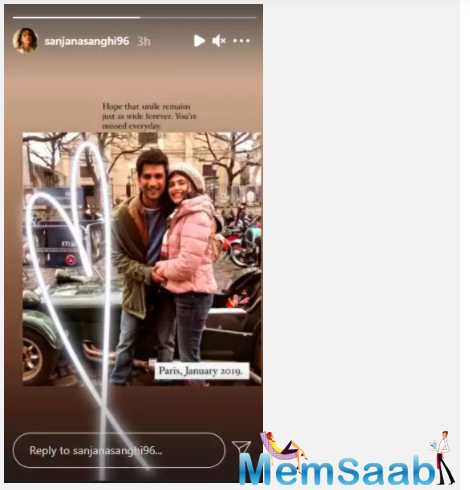 In This Image: Sushant Singh Rajput, Sanjana Sanghi
She had said, “He is the first actor I worked with. I look up to him as I have learned so much from him. To me, he, in a way, defines what an artiste is. The biased person in me loves his character Jordan in Rockstar. I have seen the magic unfolding in front of my eyes. It was a mystical experience to see him transform into this character.” On the work front, she will be next seen with Aditya Roy Kapur in ‘Om: The Battle Within’