A couple of tweets sent out from Sushant Singh Rajput’s rumoured girlfriend Rhea Chakraborty’s account have now asked for a CBI inquiry into his death.

From the tweets, we can see that Rhea Chakraborty has tagged Minister of Home Affairs Amit Shah and asked for a CBI inquiry.

In This Image: Sushant Singh Rajput
The first tweet reads: “Respected @AmitShah sir, I’m sushants Singh Rajputs girlfriend Rhea chakraborty,it is now over a month since his sudden demise. I have complete faith in the government, however in the interest of justice, I request you with folded hands to initiate a CBI enquiry..part 1 ..”

In the tweet, Rhea introduces herself as Sushant’s girlfriend, something that neither she nor Sushant had confirmed before his demise. 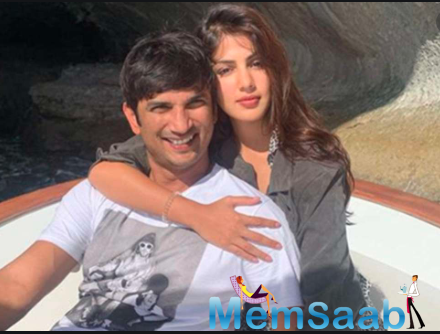 In This Image: Sushant Singh Rajput, Rhea Chakraborty
There was always buzz about them being a couple, but neither of them had made it official. Along with the tweets, Rhea also shared an Instagram post, which features a candid photo of the late Sushant Singh Rajput.