Star Screen Awards 2019 was a LIT affair and why wouldn’t it be? We had our nation’s heartthrob Kartik Aaryan hosting the event. 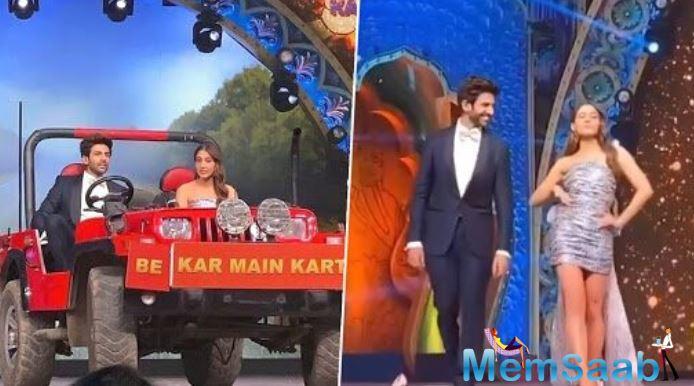 In This Image: Sara Ali Khan, Kartik Aaryan
But must say, he turned out to be a smart player as he promoted his film by getting a lot of stars to dance on his song. Kartik made Deepika Padukone, Ranveer Singh, Ananya Panday and others to dance on Dheeme Dheeme song from his film Pati Patni Aur Woh. And when Sara Ali Khan made it to the stage, Dheeme Dheeme once again took prominence. However, her act was a little hatke. She didn’t dance on this song but rather pulled off a ramp walk. Here is when she tripped and Kartik came to her rescue.

In the video that has made it to the internet, we see Kartik and Sara on stage while the song is playing in the background. 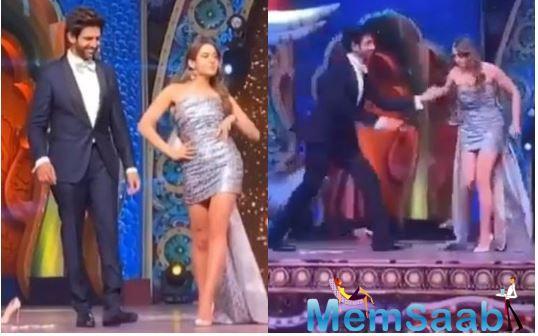 In This Image: Sara Ali Khan, Kartik Aaryan
The funny part is when Sara picks up her one heel sandal in her hand and tries to walk wearing only one. It was given that she’ll go off balance and she did. Kartik who was standing beside her immediately came to rescue and caught hold of her. It seems Sara’s dress was the reason behind her trippy moment. Nonetheless, the gorgeous lady finished her walk with much sass and entertained the audiences.

Sara Ali Khan and Kartik Aaryan’s chemistry has been the talk of the town for very long. They are going to appear in Imtiaz Ali’s next film together. 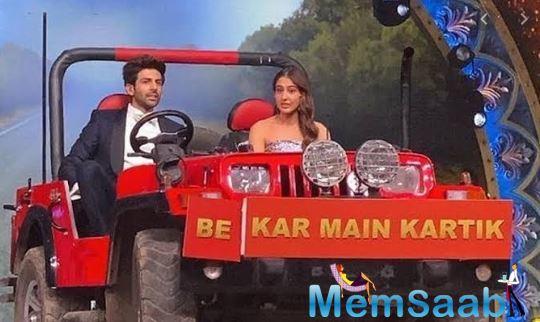 In This Image: Sara Ali Khan, Kartik Aaryan
It is a sequel to Deepika Padukone and Saif Ali Khan’s Love Aaj Kal and has been tentatively titled as Aaj Kal. We are eagerly looking forward to watching Sara and Kartik’s on-screen chemistry.