Bollywood actor Ranveer Singh told the audience that he takes his work seriously, himself not seriously at all. He put this philosophy to work through much of the award show, where he was named entertainer of the year. 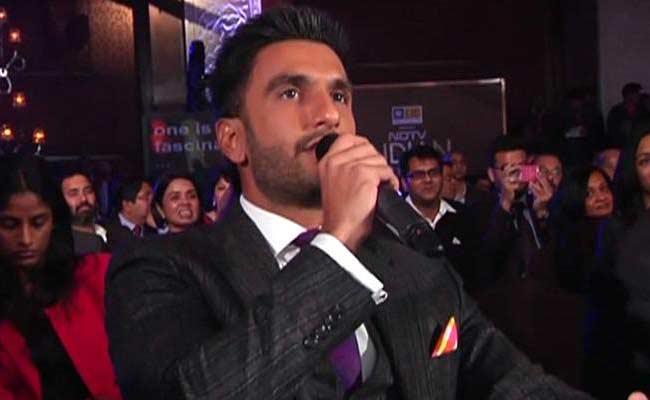 In This Image: Ranveer Singh
He spoke few words I’m very humbled and very grateful that I’m being given this honour by such a respected institution like NDTV whose contribution towards nation

Star Ranveer hijacked co-star Deepika Padukone’s moment, when she was being awarded Actor of the Year. 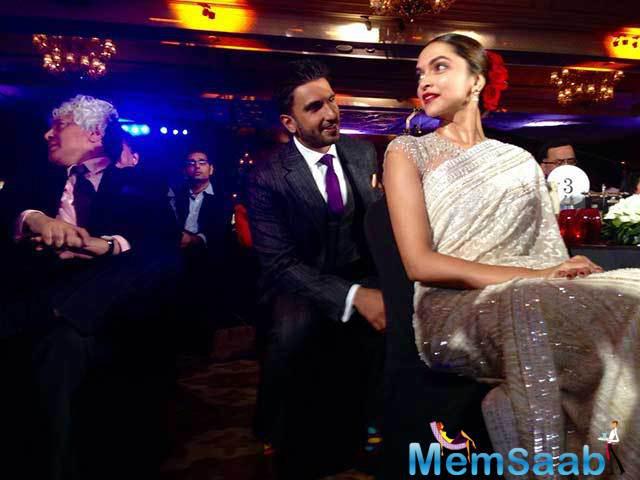 Star Ranveer Singh spoke for a roomful of Big B fans when he said, “If you are a Hindi film fan, you are an Amitabh Bachchan fan.” Big B was awarded for Lifetime Achievement 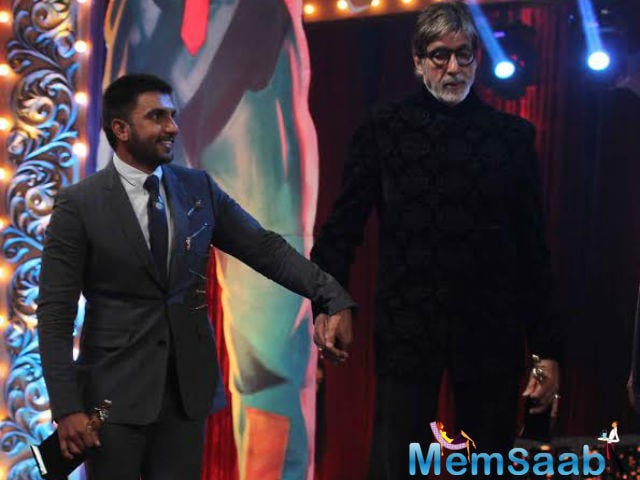 In This Image: Ranveer Singh,
After receiving the awards, Ranveer tweeted to Dr Prannoy Roy thanking him for the evening.

In This Image: Ranveer Singh
Bajirao Mastani actor thanks to Barkha Dutt for making it so much fun and an evening,.he said I have to say, I feel a growing sense of responsibility now, being given this award which is a really, really big tag – Entertainer of the Year growing

Star Ranveer while accepting his award from politician Farooq Abdullah, Ranveer broke into a jig as the song Malhari from Bajirao Mastani played. 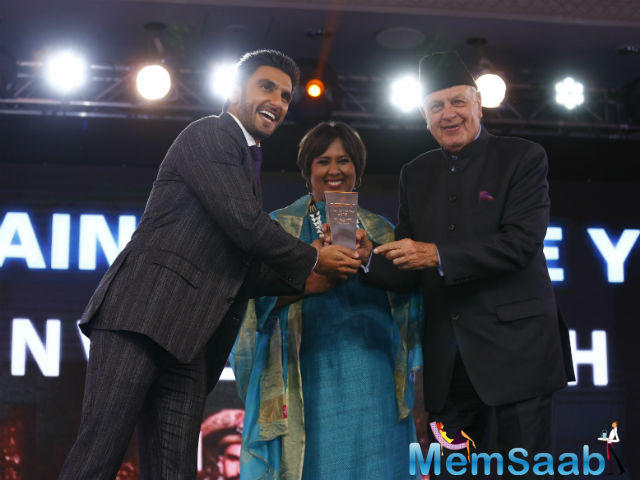 In This Image: Ranveer Singh
Ranveer said Farooq Abdullah as a ‘rockstar’ and ‘too cool for School, he said the experience was fantastic. Mr Farooq Abdullah was very sporting when he presented the award to me and danced with me on stage.