Stand with ‘Padmavati’, but have been asked to not speak...

Stand with ‘Padmavati’, but have been asked to not speak on row: Ranveer

Stand with ‘Padmavati’, but have been asked to not speak on row: Ranveer

Ongoing controversies over ‘Padmavati,’ Ranveer Singh said that he has been asked not to say anything about the movie but was ‘200 per cent’ behind director Sanjay Leela Bhansali. 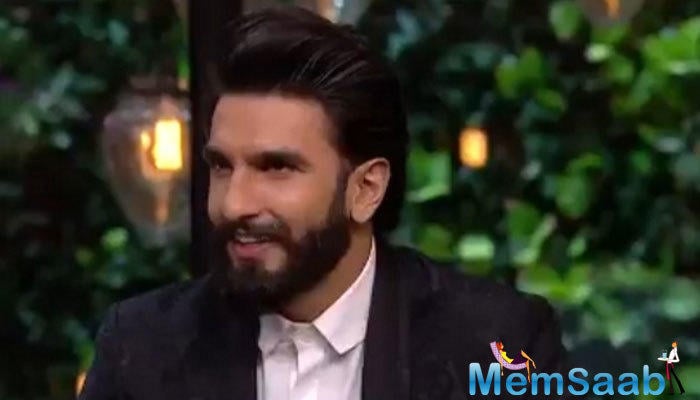 In This Image: Ranveer Singh
“Like I said before, I stand 200 per cent with the film and Mr Sanjay Leela Bhansali. Given the sensitive times right now, I have been asked to not say anything, whatever in regards to the film. Anything that needs to be (said) you will receive from the producers,” Ranveer added.

Bhansali has received death threats over his alleged ‘wrongful’ portrayal of queen Padmavati in the period drama by various Rajput groups, a charged denied by the director. 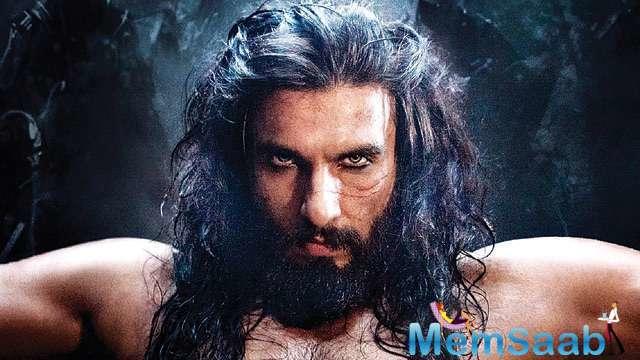 In This Image: Ranveer Singh
The movie’s release has been deferred by the producers in the wake of country-wide protests against the film.The event witnessed heavy security due to Ranveer’s presence as journalists gathered in numbers to get a response from the actor.

He acknowledged the media presence, saying, “Thank you very much for coming out today.” 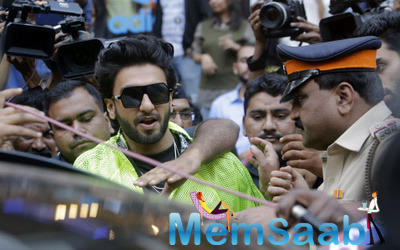 In This Image: Ranveer Singh
Ranveer Singh next will be seen in Kapil Dev’s biopic film titled ’83’. And also soon will start for the shooting of Gully Boy, which starring Alia Bhatt in the lead role.