SRK’s favorite film Ittefaq is recreating, He thanks the entire...

SRK’s favorite film Ittefaq is recreating, He thanks the entire team

Shah Rukh Khan visited the sets of Ittefaq on the inaugural day of shooting and thanked the team for playing his favorite Yash Chopra film. 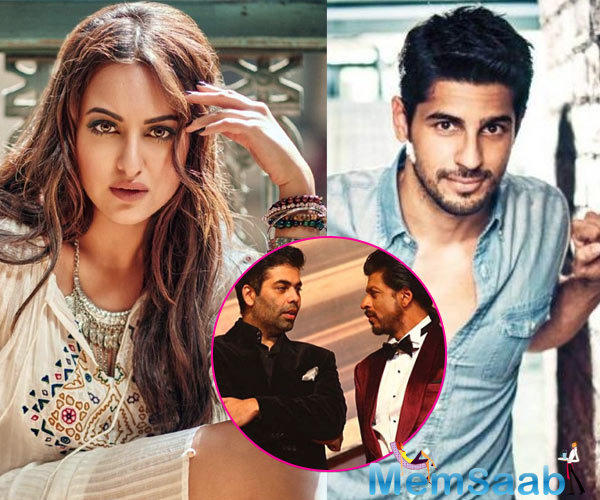 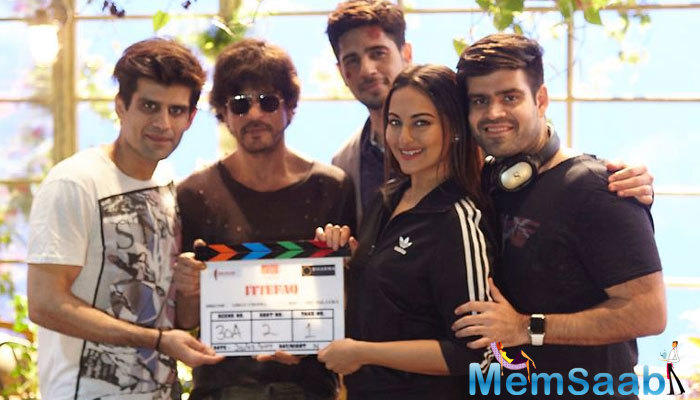 In This Image: Sonakshi Sinha, Sidharth Malhotra, Shah Rukh Khan
Sidharth confirmed the news on Instagram and shared a picture of the film’s clapboard and wrote, “It begins #ittefaq.” Ittefaq is the remake of 1969 film of the same name, featuring late actor Rajesh Khanna and Nanda.

Yash Chopra had also won Filmfare Award for Best Director for the film. 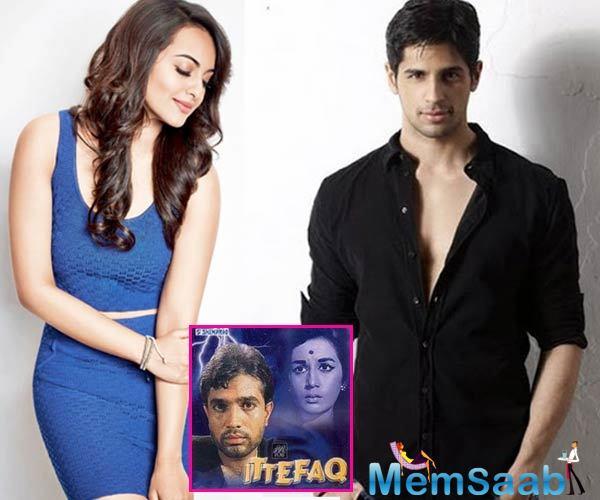 In This Image: Sonakshi Sinha, Sidharth Malhotra
The film was helmed by late director Yash Chopra. Superstar SRK visited Sonakshi and Sidharth on the sets and He wrote on his blog, “My fav film by Yashji #Ittefaq is being recreated by Abhay.” This is for the first time that Sonakshi, 29, and Sidharth, 32, would be sharing screen space. 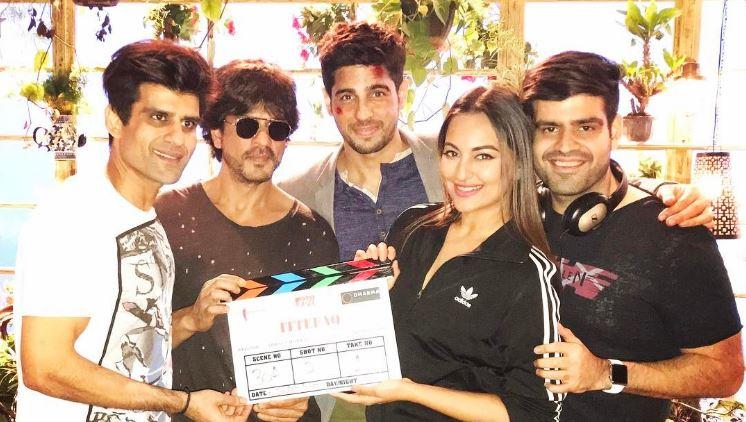 In This Image: Sonakshi Sinha, Sidharth Malhotra, Shah Rukh Khan
“Thank YOU @iamsrk, @karanjohar and of #BRFilms… was an amazing first day on set today with you all! Great start to our #Ittefaq journey!,” Sonakshi tweeted.