Sooryavanshi will release worldwide on March 24, convey a look

Sooryavanshi will release worldwide on March 24, convey a look

Here’s some good news for the fans of Rohit Shetty’s cop universe, the makers on Monday (February 24) morning announced the fourth film of the franchise, Sooryavanshi, is all set to release on March 24th evening a day before Gudi Padwa.

Ajay Devgn took to his Instagram account to share the video, which has few kids visiting him, Ranveer Singh and Akshay Kumar and informing them that Sooryavanshi will be released on 24 March evening. To which the trio readily agrees. 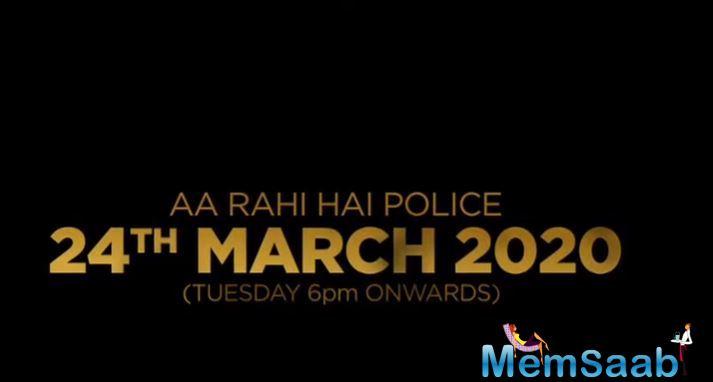 In This Image:
The Akshay Kumar-starrer is set to release on March 24 evening, which also coincides with Mumbai theatres going 24/7. The film is the fourth in Rohit Shetty’s cop universe which started with Ajay Devgn’s Singham (2011) and sequel Singham Returns (2014). Later Ranveer Singh came on board with Simmba (2018). Simmba also introduced Akshay’s Veer Sooryavanshi, the character which is now getting standalone film Sooryavanshi, which will be the fourth film in the cop franchise. 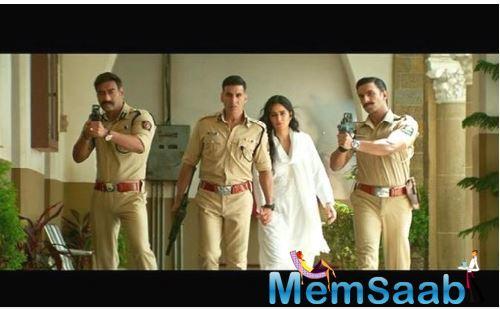 In This Image: Ajay Devgn, Akshay Kumar, Ranveer Singh
This will be Akshay and Katrina’s eighth film together. In Sooryavanshi, you’ll get to see triple the fun as Simmba, Singham, and Sooryavanshi, all join hands to wipe out the baddies with effortlessness.