As the new year kicked in, Sonam Kapoor chose to go all-black in an ensemble that included a belted top with leggings and black heels. 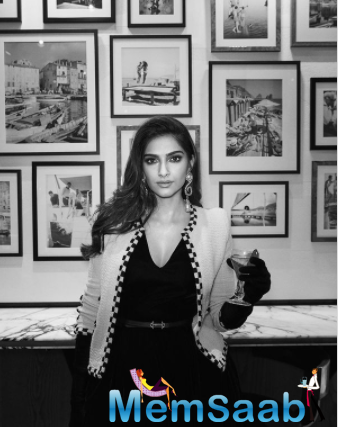 In This Image: Sonam Kapoor
Sharing a boomerang on her Insta-story, the actress, looking gorgeous in the all-black outfit with her hair left loose, walked in it like a boss. The caption accompanying it: “Walking into 2021’s first weekend like…”

A couple of days later, Sonam aced the all-black look again, this time it was a black velvet dress, black leggings and checkered loafers. 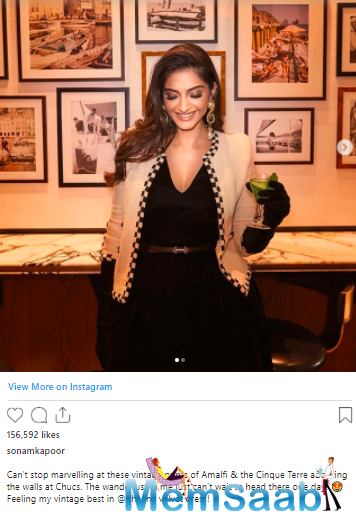 In This Image: Sonam Kapoor
She wore a checkered lined beige jacket over the black dress. She topped her copper make-up with nude lips, kohl-lined eyes and side-swept hair with dangler ear-rings. She wrote: “A night out filled with delicious food and gorgeous clothes? I’m in. Visited one of my favourite restaurants in London, Chucs before Tier 4; wearing this glamorous velvet dress from @bhaane. It doesn’t get better than this for me!” In terms of films, the actress is currently shooting for a film titled ‘Blind’ which is being helmed by Shome Makhija. Produced by Sujoy Ghosh among others, the film stars Sonam as a blind police officer who is in search of a serial killer.