Sonam Kapoor enjoys a stroll down the streets of New...

Sonam Kapoor and Anand Ahuja’s growing closeness is starkly visible on social media. The duo is often seen professing their love for each other in the best possible ways. 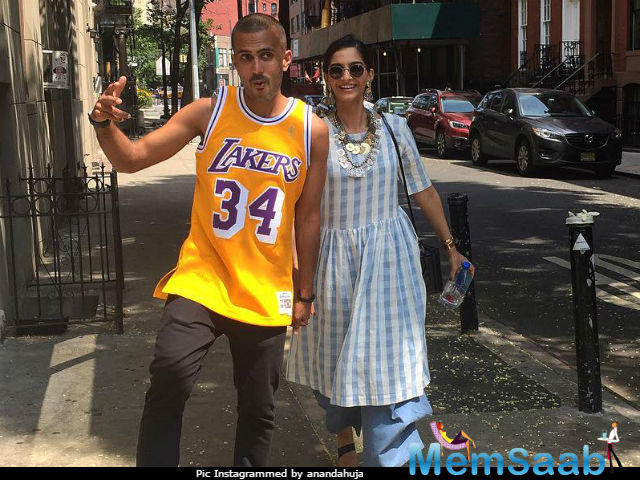 In This Image: Sonam Kapoor, Anand Ahuja
Anand recently shared a picture on Instagram where the two are pictured taking a saunter down the streets of New York and look extremely happy and comfortable in each other’s society. He simply captioned the image, “sunny day”

While Sonam gave a desi twist to her light blue and white checkered and layered outfit that she teamed with a funky neckpiece, Anand kept it cool in a summery outfit. 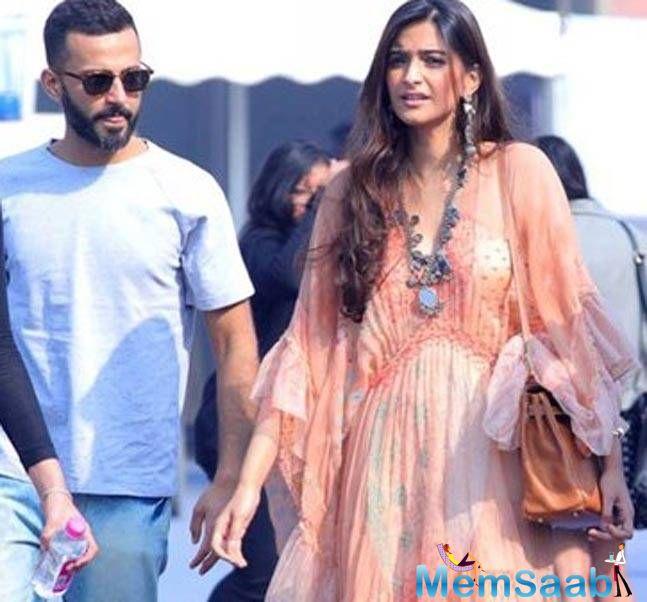 In This Image: Sonam Kapoor, Anand Ahuja
On the employment front, Sonam has ‘Padman’ alongside Akshay Kumar, a yet-to-be titled film, alongside Kareena Kapoor Khan and a cameo in the Dutt biopic opposite Ranbir Kapoor lined up.