Sonam heaps praise on Taapsee Pannu, calls her a ‘clutter...

Sonam Kapoor Ahuja praised actress Taapsee Pannu by saying that she is quite a clutter breaker. 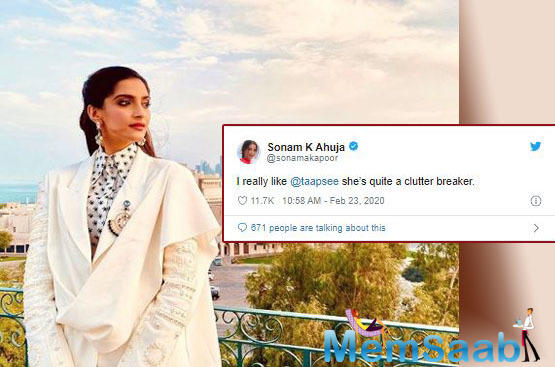 In This Image: Sonam Kapoor Ahuja
The Neerja actress, on Twitter, on Sunday and wrote, “I really like @taapsee she’s quite a clutter breaker.”

Thanking Sonam, an elated Taapsee replied, “Thank you so much Sonam! So sweet of you. Big hug. It takes all of us to break the clutter we have been stuck in for years.” 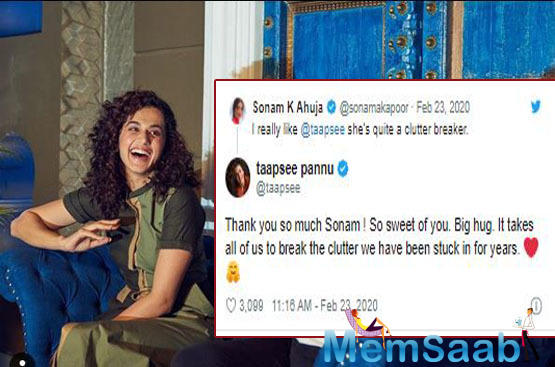 In This Image: Taapsee Pannu
Sonam’s tweet comes before the release of Taapsee’s upcoming film Thappad, which revolves around a young married couple and how one day, when the wife is slapped by the husband in front of guests at a house party, the incident triggers off a chain reaction that leads to self-realisation for her, leading to her walking out of the marriage. Thappad also features Pavail Gulati, Kumud Mishra, Ratna Pathak Shah, Tanvi Azmi, Dia Mirza and Ram Kapoor, among others. The film is slated to release on Friday.