Sonakshi Sinha’s brother Luv is in Kashmir for his upcoming...

Sonakshi Sinha’s brother Luv Sinha was the Congress candidate from the Bankipore seat. Sona had appealed for votes on Instagram, ahead of polling day. Luv was last seen in JP Dutta’s Paltan (2018).

Last year, Sonakshi Sinha had canvassed for mother Poonam, who unsuccessfully fought the Lok Sabha election from Lucknow on a Samajwadi Party ticket. 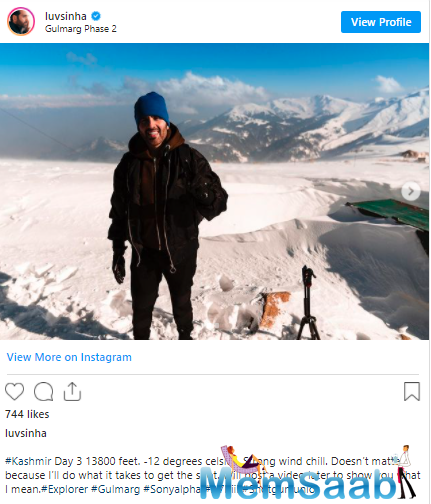 In This Image: Luv Sinha
After Luv’s unsuccessful stint in the Bihar assembly election, he’s back on the Bollywood trail. He is keen to balance politics with his acting pursuits. The Paltan (2018) actor is in Kashmir with the producer of his upcoming film.

Sinha is a fan of the outdoors, so the snow-capped peaks, gusty winds and the sub-zero temperatures in the region are making it a trip to remember for the actor-turned politician. 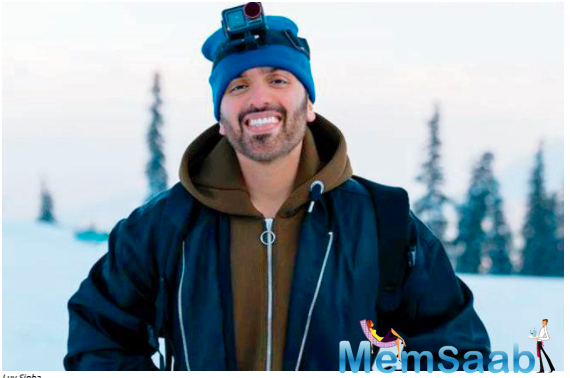 In This Image: Luv Sinha
Talking about his love of acting, Luv had once told IANS, “I take my profession very seriously and I think that shows in my work. Acting is what I love doing the most and every role is an opportunity to prove myself. I want to work with good directors and be a part of good films, and play challenging characters. I would like to work with some of our other young actors since I feel that working with a talented artist helps in making both actors perform better.”