Sidharth-Sonakshi’s ‘Ittefaq’ remake will have a twist in the film’s...

Reportedly, Sidharth Malhotra and Sonakshi Sinha signed for the remake of ‘Ittefaq’.

Sidharth and Sonakshi have commenced work on their upcoming thriller ‘Ittefaq’ 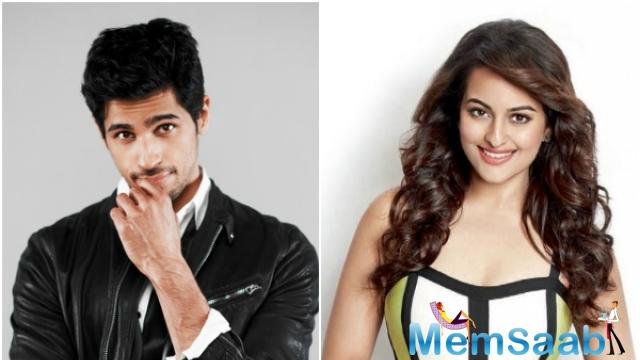 In This Image: Sidharth Malhotra, Sonakshi Sinha
Which is a remake of the 1969 film by the same name starring Rajesh Khanna and Nanda.And was a tells about Dilip (Rajesh Khanna) loves his passion more than his wife (Nanda), and one day in a fit of rage, when his wife tries to harm his paintings, he strangles her to death.

This film, produced by Karan Johar and directed by Abhay Chopra, will however not be a direct rip-off, of the original that was considered as one of the path-breaking films for the lead actors then. 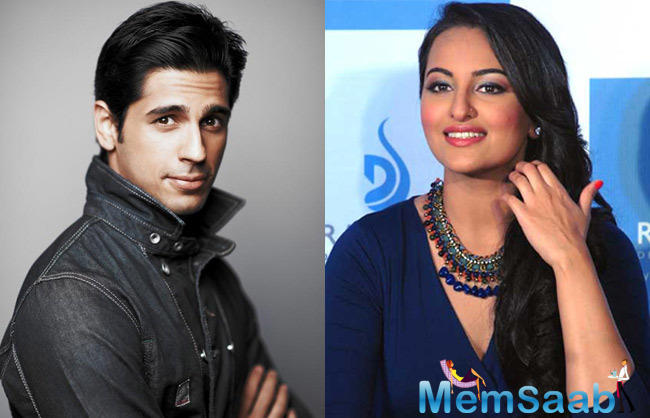 In This Image: Sidharth Malhotra, Sonakshi Sinha
If sources to be believed, Karan and Abhay will be exercising creative liberty and will allegedly twist the film’s ending in order to retain the suspense. At the end of the 1969 murder mystery, Nanda was found to be her husband’s murderer.

If reports are to be believed, then Sonakshi, who will be essaying Nanda’s role, will not be shown as the culprit. Instead, the makers intend to give a new twist to the tale. 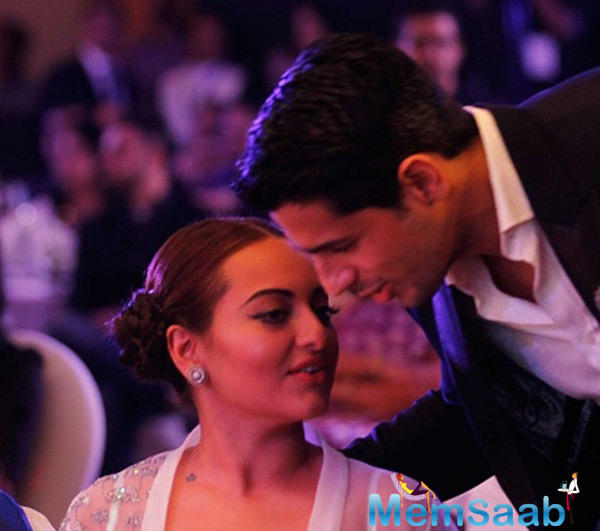 In This Image: Sidharth Malhotra, Sonakshi Sinha
Apart from that, the makers will also reportedly introduce songs in the film, something that was not a part of the original. This will also be the first time that we see Sidharth sharing screen space with Sonakshi.