The latest season of popular chat show Koffee with Karan has witnessed a lot of sparkling fun with Bollywood celebrities. The host of the show Karan Johar has recently announced the latest pair to grace the couch.

Bolywood heartthrobs Sidharth Malhotra and Aditya Roy Kapur are the latest to join the wagon as they have shot the episode of Koffee with Karan. 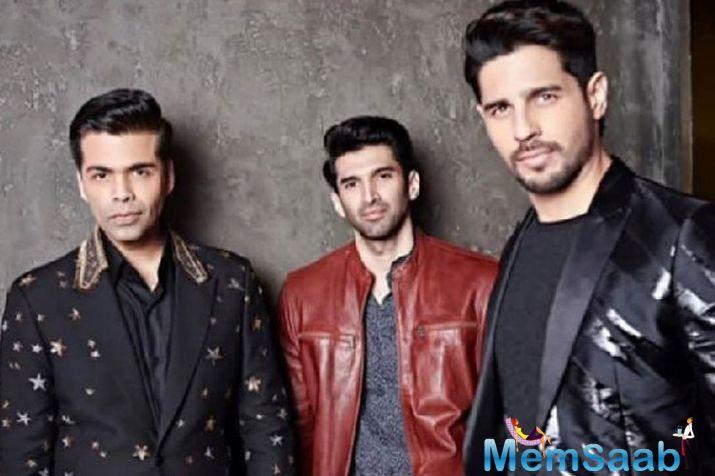 In This Image: Aditya Roy Kapur, Sidharth Malhotra, Karan Johar
Karan Johar has been actively sharing various videos and pictures from the sets of the show. He recently took to his official Instagram account to tease the audience with a monochrome picture of Sidharth and Aditya posing with him.

The post read, “A HANDSOME cup of Koffee never hurt anyone! The boys had a blast! #koffeewithkaran @s1dofficial#adityaroykapoor @[email protected] #comingsoon.” 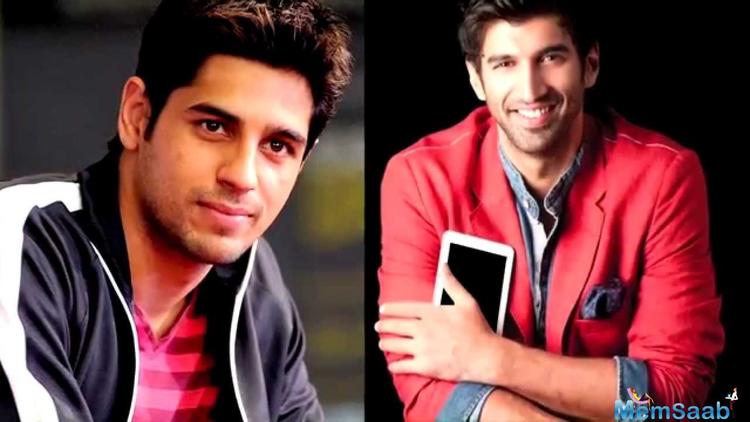 In This Image: Aditya Roy Kapur, Sidharth Malhotra
Aditya looked dapper in a leather jacket while Sidharth looked suave in a black t-shirt with a blazer. In another photo shared by Karan Johar again, he wrote, “Steaming Koffee! @s1dofficial #adityaroykapoor #koffeewithkaran”

Aditya Roy Kapur will next be seen in Karan Johar produced multi-starrer Kalank and Sidharth Malhotra is currently shooting for Jabariya Jodi alongside Parineeti Chopra. 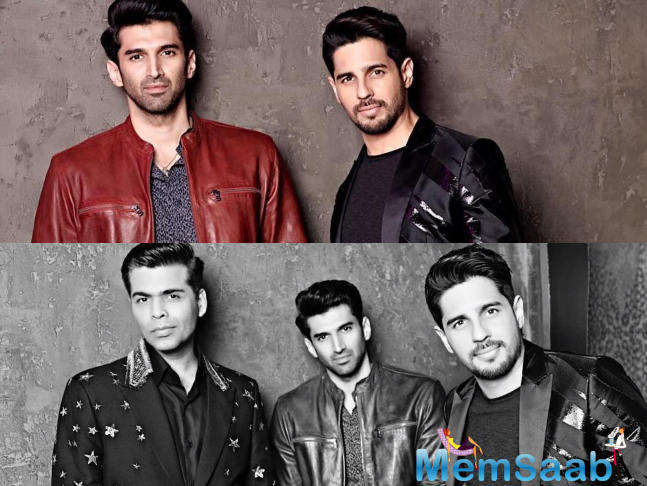 In This Image: Aditya Roy Kapur, Sidharth Malhotra, Karan Johar
Last season, Sid made an appearance on the show with Jacqueline Fernandez and Aditya came with Parineeti. The sixth season of the chat show premiered on October 21 with Bollywood divas Deepika Padukone and Alia Bhatt as the first guests.