Shivam Nair-directorial ‘Naam Shabana’ based on a real spy?

Shivam Nair-directorial ‘Naam Shabana’ based on a real spy?

‘Naam Shabana’ will releases on March 31

According to a source, ‘Naam Shabana’, the protagonist of this Shivam Nair-directorial is a real spy.

In This Image: Taapsee Pannu, Akshay Kumar
Still, the film’s makers are tight-lipped about this prospect. Their vehement silence hints that the film is indeed founded on a real undercover agent, who is alleged to be established out of Lucknow.

The internet is abuzz that the makers have drawn inspiration from one of the undercover missions of the real Shabana.

In This Image: Taapsee Pannu
But Neeraj Pandey, one of the producers of the Taapsee Pannu-starter, is taking extra precautions to insure that no extra data is discovered precautions to ensure that no additional information is divulged. Said to be a spin-off based on Taapsee’s character in Baby, Naam Shabana has the actress in an action-packed avatar and will showcase her journey of becoming an undercover agent.

She will also be seen performing daredevil action sequences for which she underwent intense training sessions. 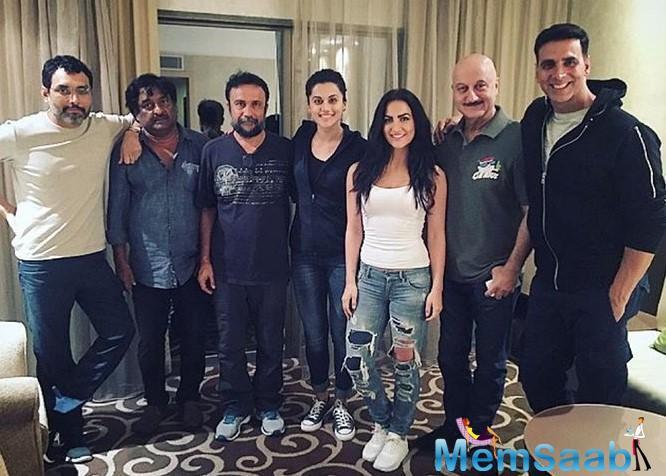 In This Image: Taapsee Pannu, Akshay Kumar, Anupam Kher
The trailers of the film have already wowed the audience, who, having loved Taapsee’s 20-minute power-packed role in Baby, are looking forward to discovering her backstory in ‘Naam Shabana’.