Shantaram: Radhika Apte to star with Richard Roxburgh and Charlie...

Radhika Apte, who was last seen in Andhadhun opposite Ayushmann Khurrana is back to screen with yet another interesting project. Radhika Apte, who has made her mark with Bollywood films like Manjhi-The Mountain Man, Andhadhun, Padman, Shor in the City among others, is known to be who’s known to be Netflix’s favourite.

Apte has seen in many Netfliz series like Lust Stories, the thriller series Sacred Games, and the horror miniseries Ghoul. 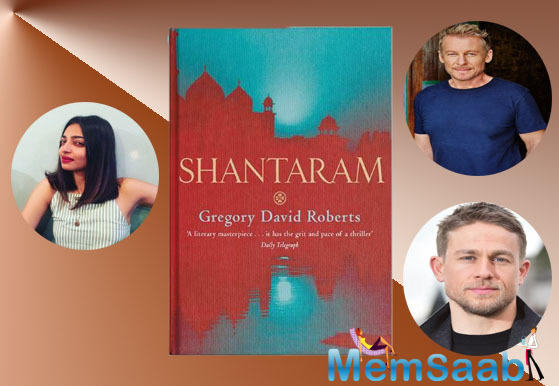 In This Image: Charlie Hunnam, Radhika Apte, Richard Roxburgh
Radhika Apte is now all set for another webseries opposite Richard Roxburgh and Charlie Hunnam in Apple’s international drama series Shantaram, based on Gregory David Roberts’ bestselling novel, reports Deadline.com. Sharing the news with her fans and followers, Radhika Apta posted the snapshot of the news and captioned it, “So excited to finally share this news!!”

Reportedly, Roxburgh will play Detective Sergeant Marty Nightingalem, who works for the Australian Federal Police and is part of a small, elite unit trained for the pursuit and capture of escaped convicts, reports the leading website. 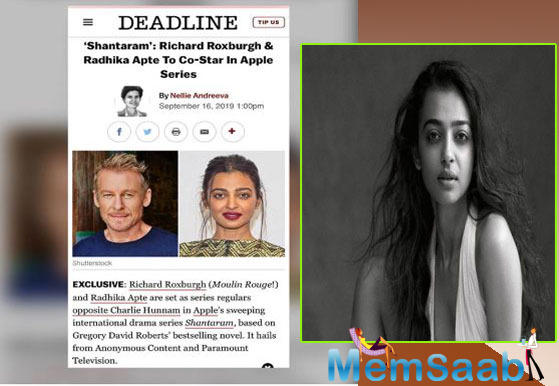 In This Image: Radhika Apte, Richard Roxburgh
On the other hand, Radhika Apte will essay the role of Kavita, a driven Indian journalist looking for answers.

Meanwhile, the Ghoul actress is gearing up for her Hollywood project Liberte: A Call to Spy. Based on true incidents from World War II, Radhika will be seen playing the role of British spy, Noor Inayat Khan aka Nora Baker in the film. 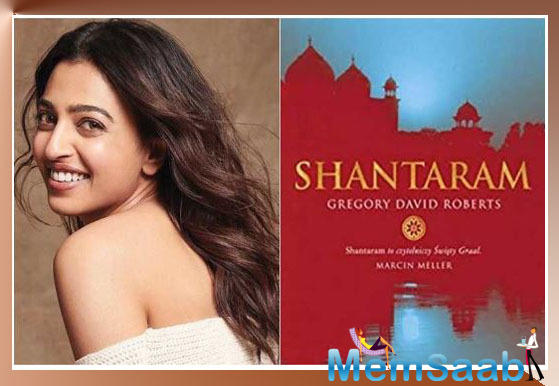 In This Image: Radhika Apte
Earlier, talking about her character, Radhika had told DNA, “I have been reading novels from the time and watching a lot of spy thrillers to get into the skin and psyche of the character. The writers and producers on board helped me a lot with the reading material.”