Ever since ‘Padmavati’ was announced by Sanjay Leela Bhansali and the official confirmation of the cast was received, the fans became all excited for they will get to see the alleged couple Ranveer Singh and Deepika Padukone in a love story yet once more.

However, the plot twist came when Shahid Kapoor also became a part of the project, and the makers confirmed of him playing the part of Deepika’s husband in the movie. 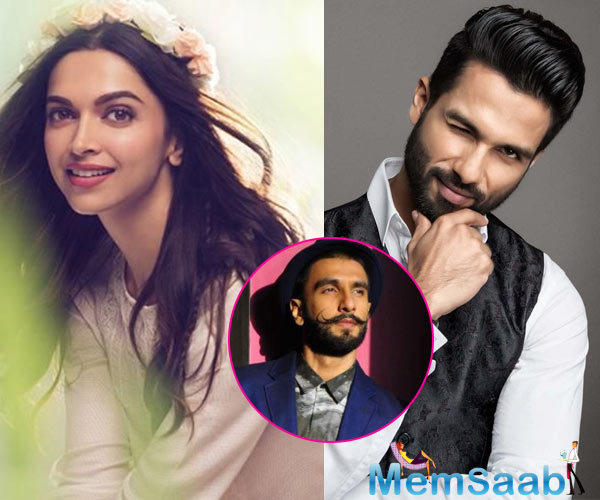 In This Image: Ranveer Singh, Shahid Kapoor, Deepika Padukone
The audience got a better clarity on the storyline which revealed that Ranveer will play Alauddin Khilji, Deepika will essay the role of Queen Padmavatiand Shahid will be Raja Rawal Ratan Singh.

It was also quite hard to digest that the movie might show a romantic involvement between Alauddin and Padmavati which started a controversy. 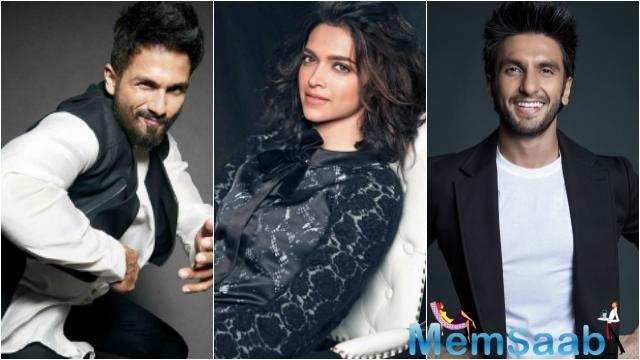 In This Image: Ranveer Singh, Shahid Kapoor, Deepika Padukone
But soon Sanjay Leela Bhansali confirmed that there are no scenes that the two stars share on the big screen, not even a dream sequence.

Since all Bhansali movies have intense romance in them, ‘Padmavati’ also has a strong love story, but this will only be between Shahid and Deepika. 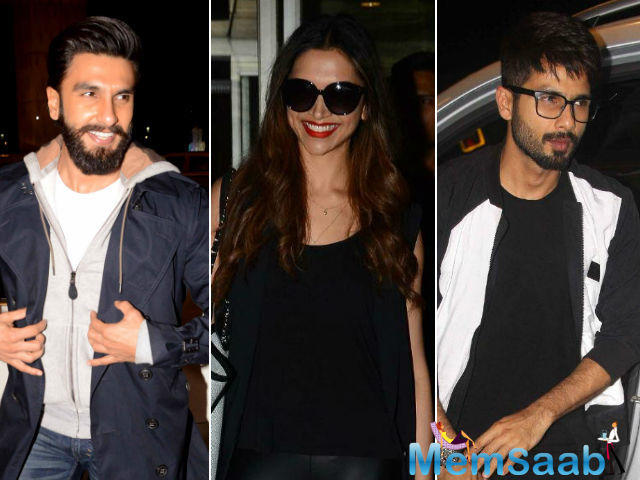 In This Image: Ranveer Singh, Shahid Kapoor, Deepika Padukone
Speaking about the same, Shahid revealed in an interview with a leading image, ” Somehow, by default, in most actors’ careers – over the years – they are remembered by the love stories that they have done. They (love) break the barrier of time and audiences keep going back to them. I have been a part of a couple [of such films] and I hope my next film, Padmavati also falls into that category. It definitely has the makings of being something like that. ”

Now, since the movie is about Queen Padmavati’s life, it will obviously highlight her and her husband the maximum. Does this make Ranveer’s character little less highlighted? 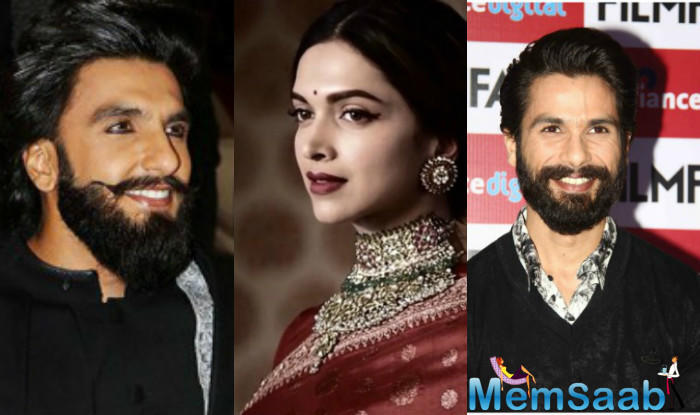 In This Image: Ranveer Singh, Shahid Kapoor, Deepika Padukone
The film is a historical account of the life of Rani Padmini, a legendary queen mentioned in Padmavat. According to Padmavat, she was the wife of Rana Rawal Ratan Singh, the ruler of Mewar. In 1303, Alauddin Khilji, the Turkic ruler of the Delhi Sultanate, laid siege to the Chittor Fort in Rajputana. According to Padmavat, Khilji led the invasion motivated by his desire to capture Rani Padmini.