Katrina Kaif who is enjoying the success of her latest release ‘Bharat’ took to her Instagram to share her look for the promotional event of the film. In the picture, she can be seen wearing a white pantsuit with black stripes on it. 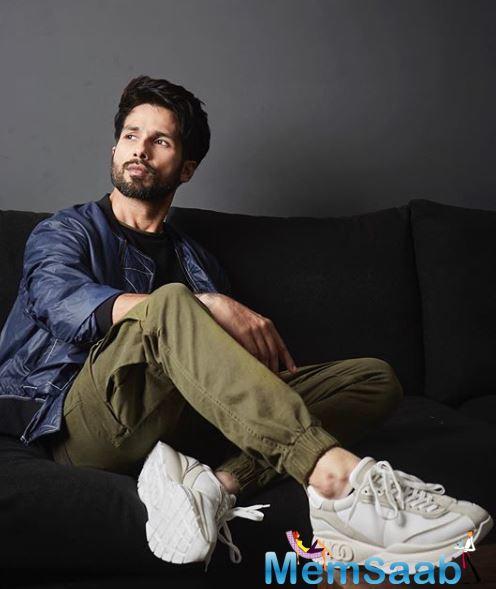 In This Image: Shahid Kapoor
And now, Shahid Kapoor who is busy promoting his upcoming film ‘Kabir Singh’ shared a picture of himself on Instagram. Sasha can be seen donning the outfit just like Katrina’s suit. Shahid thanked Kat for the outfit. The caption read, “Thanks for the outfit @katrinakaif #kabirsingh”

Meanwhile, ‘Kabir Singh’ is a remake of Telugu superhit film ‘Arjun Reddy’ and stars Kiara Advani as the female lead. 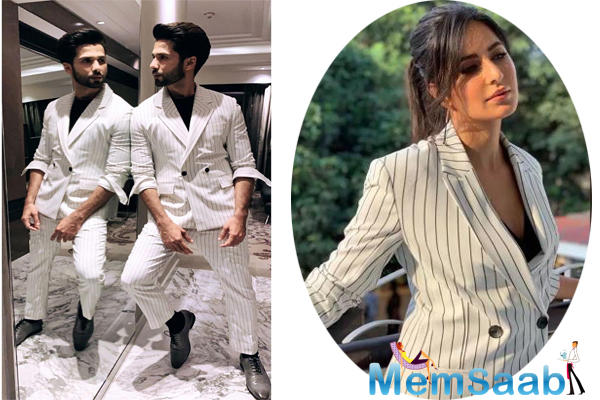 In This Image: Shahid Kapoor, Katrina Kaif
The film is helmed by Sandeep Vanga who also directed the original drama. On the other hand, Katrina is in Goa for the promotions of ‘Bharat’. The Salman Khan starrer film, directed by Ali Abbas Zafar has hit the theatres on June 05.