Shah Rukh Khan comes in support of Thugs Of Hindostan’s...

Shah Rukh Khan comes in support of Thugs Of Hindostan’s debacle – read to know if you agree!

Superstar Shah Rukh Khan is gearing up for his much-anticipated Christmas release, Zero.

The actor portrays a character of a vertically challenged man in the movie. SRK, who is also known for his modesty, shared his views on the criticism faced by Amitabh Bachchan-Aamir Khan starrer Thugs Of Hindostan. 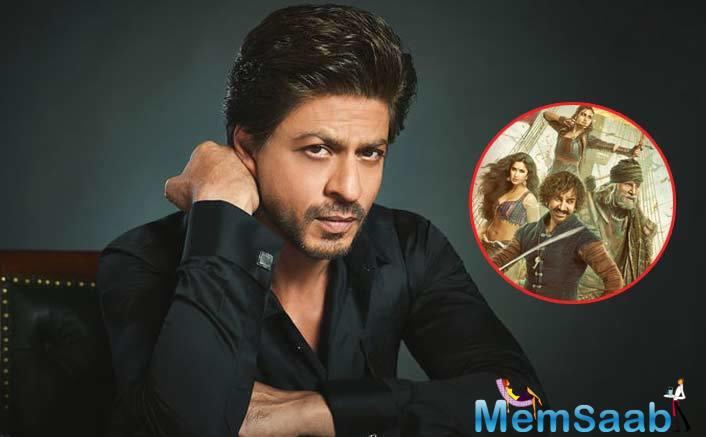 In This Image: Shah Rukh Khan, Aamir Khan
While talking to The Telegraph, Shah Rukh Khan supported Amitabh Bachchan and Aamir Khan over the negativity and failure faced by Thugs Of Hindostan and asked the criticizers to be little less harsh. He further praised both the superstars for their contribution to the cinema.

SRK stated, “There are people who have given excellence to the cinema for years. A film can be good, a film can be bad; none of us can ever claim ki maine duniya ki sabsi achchi film banayi hain. 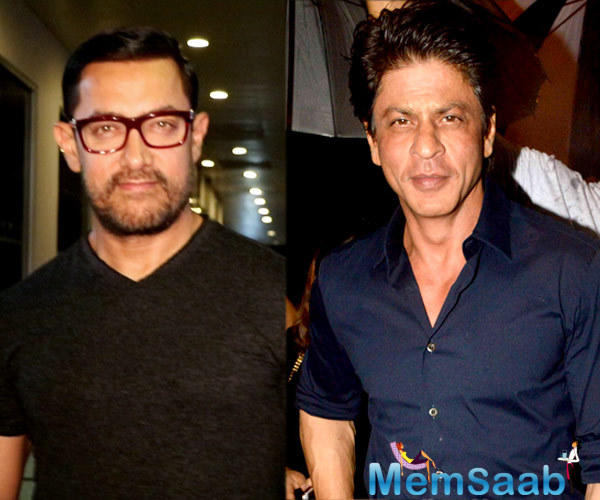 In This Image: Shah Rukh Khan, Aamir Khan
Mr Bachchan and Aamir have been people who have constantly contributed to the excellence of cinema. The greatest contribution to Hindi cinema in the last 10 years has been from Aamir, and with Amitji, it’s been even longer. Now if a film of theirs (Thugs of Hindostan) doesn’t reach the level that you expected it to, does it take away from what they have done for cinema?”

He further added, “I think some people have been a little too harsh. It’s heartbreaking. It doesn’t mean that their spirit is broken, they are all amazing artists who will bounce back. 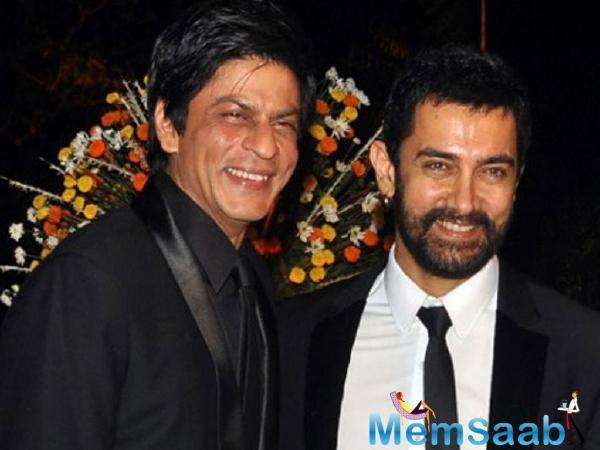 In This Image: Shah Rukh Khan, Aamir Khan
But one needs to be a little less harsh. I think Stree was fabulous and we need to make 20,000 films like that. But I also think that Thugs of Hindostan is fantastic. Sometimes we do go wrong, but Aamir has never done a film in which he hasn’t put in his best… I’ve known him for 20 years. And if there’s anyone who can put in even more effort than Aamir — which Aamir will also agree — it’s Amitji… and at this age! So they’ve come in with good hearts and great talent and tried to make a film which tries to open up a new genre.”

Khan was at his best, with witty remarks and humor, during a talk with The Telegraph. 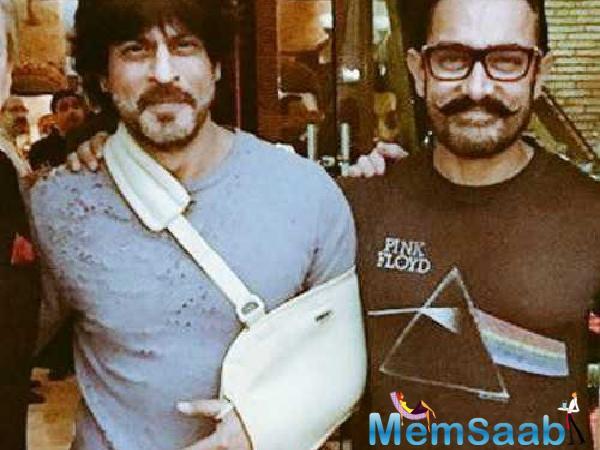 In This Image: Shah Rukh Khan, Aamir Khan
When asked about the most enduring feedback, the actor stated that the one he received from Big B was the special one, as the 76-year-old responded, ’Arre yaar, kuch emotional sa ho jaata hai’. Talking about the theme of the Zero, Shah said, he and Aanand L Rai wanted to give a message that it’s alright to be incomplete and celebrate the life.