See Post: Kriti Sanon has an adorable wish for her...

See Post: Kriti Sanon has an adorable wish for her mother on her birthday

She shared a collection of some pictures where she could be seen in a swimming pool with her mother and the duo could be seen enjoying a candid moment. And the last picture had Sanon’s childhood picture. 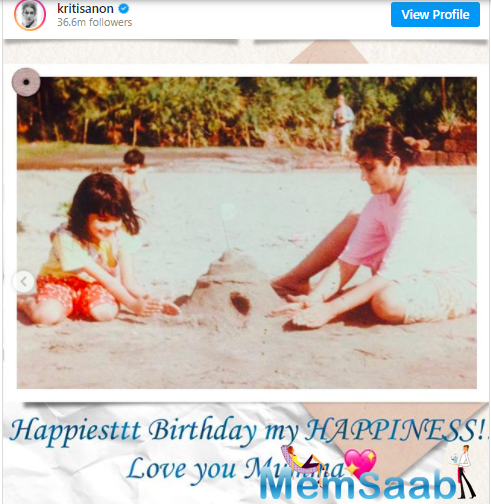 In This Image: Kriti Sanon
On the work front, Sanon has Mimi with Pankaj Tripathi and Bachchan Pandey with Akshay Kumar lined-up. She’s also doing a comedy with Rajkummar Rao and Paresh Rawal. She has acted in films like Heropanti, Dilwale, Raabta, Bareilly Ki Barfi, Arjun Patiala, Housefull 4, and Panipat.

And a recent report by Pinkvilla stated that she could also be seen opposite Hrithik Roshan in Krrish 4. 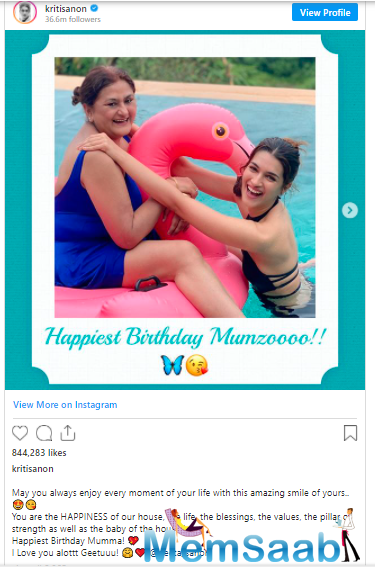 In This Image: Kriti Sanon
A source said, “Rakesh Roshan has locked the whole script. The casting is underway. He will be getting Rohit and Jadoo back for this part. That’s not all, the plan is to have two leading ladies opposite Hrithik. One of them is mostly going to be Kriti Sanon.” It added, “Rakesh and Hrithik needed someone who is a good actress and has an athletic physique to suit the superheroine avatar. Kriti fit the bill and she’s their first choice.” Koi… Mil Gaya, from where it all began, had Preity Zinta in the lead role, and Krrish and Krrish 3 had Priyanka Chopra.” It will be interesting to see Sanon if the news is indeed true.