For Karan Johar, his debut directorial Kuch Kuch Hota Hai – which came out on October 16, 20 years ago, will always remain special. 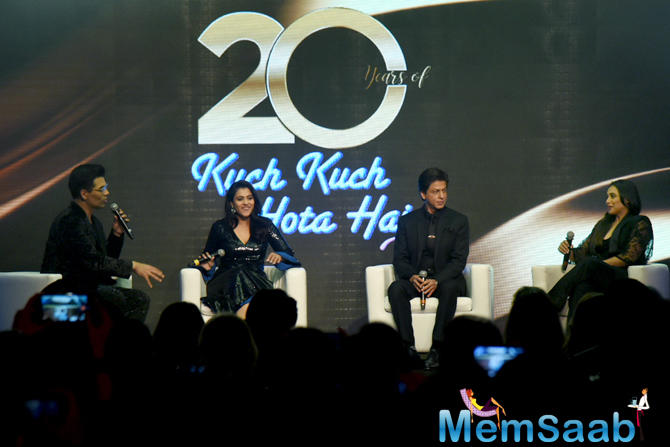 In This Image: Shah Rukh Khan, Kajol Devgn, Rani Mukherji, Karan Johar
“I can’t believe it has been 20 years of ‘Kuch Kuch Hota Hai’! A film that gave me love, acceptance and a career… Will always be eternally grateful to Kajol, Shah Rukh Khan, Rani Mukerji and Salman Khan for indulging a 25-year-old boy with stars in his eyes! Thank you for all the love,” Karan posted on Twitter on Tuesday.

Bollywood superstar Shah Rukh Khan said on Tuesday that initially, director Karan Johar narrated a ‘crap story’ but he signed the film because of the conviction of the director.

In This Image: Shah Rukh Khan, Kajol Devgn, Rani Mukherji, Karan Johar
“I never listen to scripts, I listen to the heartbeats of the people I work with at times millennial chat with me and say things like why you let go of that script that was such a great script. Till date, I never understood a script. And I can say this with confidence that I never understood the script but the script maker or the filmmaker,” Shah Rukh said in presence of the cast crew and the media as part of the celebration of the 20 years of KKHH.

He went on adding, “Karan came and narrated an utterly nonsense crap story to me; which is certainly not the one that finally you people saw in the film. 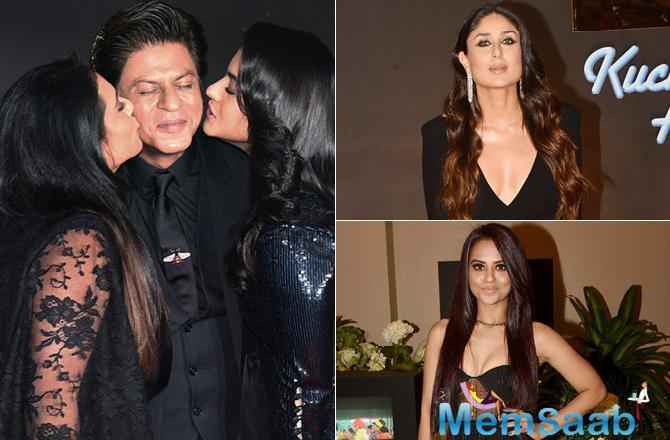 In This Image: Kareena Kapoor Khan, Shah Rukh Khan, Kajol Devgn, Rani Mukherji
In his strange way Karan, the man with many words tried to impress me with his crap story. So yes, I really did not understand the story when I signed in. and I am glad that I did not get into the story and just went ahead with the conviction of Karan, otherwise the film would have not been the way it came out.