Kartik Aaryan is currently in Lucknow for the shoot of his upcoming film, Pati, Patni Aur Woh, and Sara Ali Khan travelled to Lucknow to meet the actor.Amidst rumours of the two dating each other, this act by Sara further raises eyebrows. While the actress came to meet Kartik in Lucknow, a herd of the crowd rushed and jumped to see both Kartik and Sara.

Despite the tight security assigned for the actors, the fans managed to barge in and the security forces felt helpless. 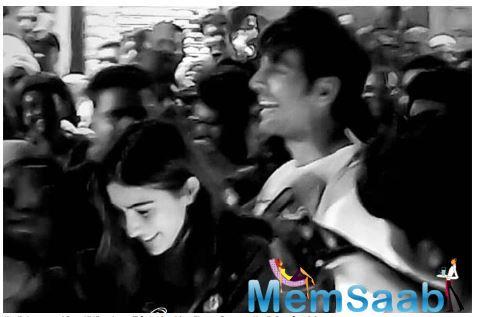 In This Image: Kartik Aaryan, Sara Ali Khan
However, Kartik Aaryan and Sara Ali Khan kept a smile on their face and also posed for a few for pictures. In the video that is doing the rounds on social media, Kartik is seen protecting Sara by turning into her shield. He wrapped her with his arms and protected her from the crowd. Though walking pass by was difficult, they held their head high and kept smiling throughout.

Before commencing the Lucknow schedule of Pati Patni Aur Woh, Kartik Aaryan and Sara Ali Khan were shooting together for their Imtiaz Ali film. 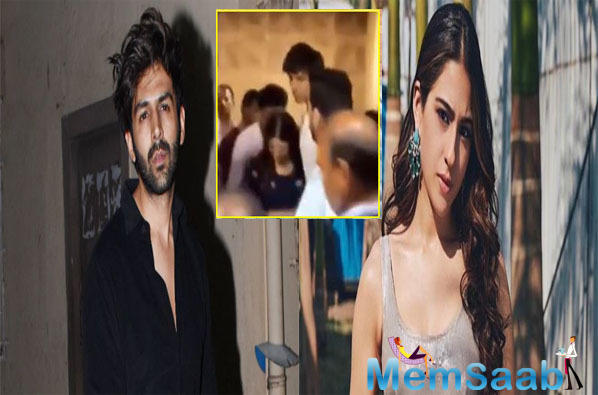 In This Image: Kartik Aaryan, Sara Ali Khan
They started the schedule in Delhi and travelled to Udaipur and Shimla, where Sara and Kartik donned masks on their faces and explored the local areas. Many videos and pictures of these actors have also surfaced on social media. 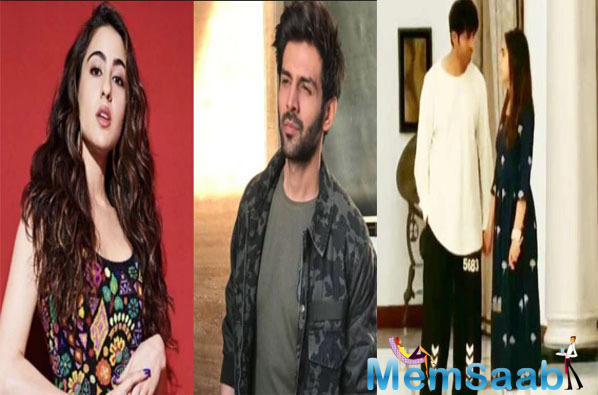 In This Image: Kartik Aaryan, Sara Ali Khan
Coming back to Pati Patni Aur Woh, the film also features Ananya Panday and Bhumi Pednekar with Kartik. It’s a remake of the 1978 film with the same name. The original film featured Sanjeev Kapoor, Vidya Sinha and Ranjeeta Kaur in the titular roles.