It’s Suhana Khan’s 19th birthday today, May 22, and she’s being poured with love and wishes from her closest friends and family. 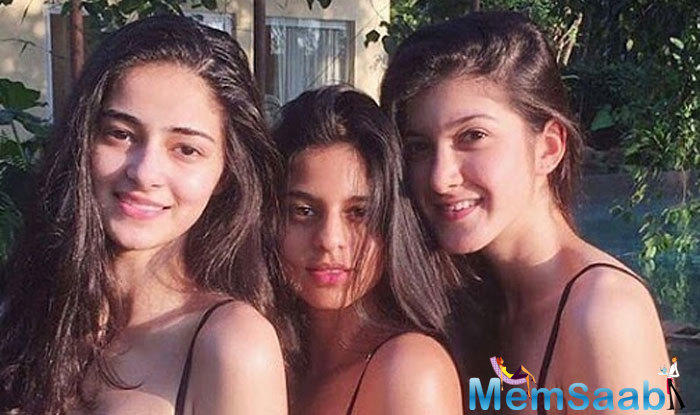 In This Image: Ananya Panday, Suhana Khan
Ananya Panday, who made her debut with Student Of The Year 2, alongside Tiger Shroff and Tara Sutaria, took to Instagram to wish her BFF Suhana Khan with a sweet picture. It’s a throwback photo that features her with Suhana and another bestie, Shanaya Kapoor, and it’s too cute to handle.

Ananya Panday captioned the picture as, “happiest bday to my littlest baby with the biggest heart. 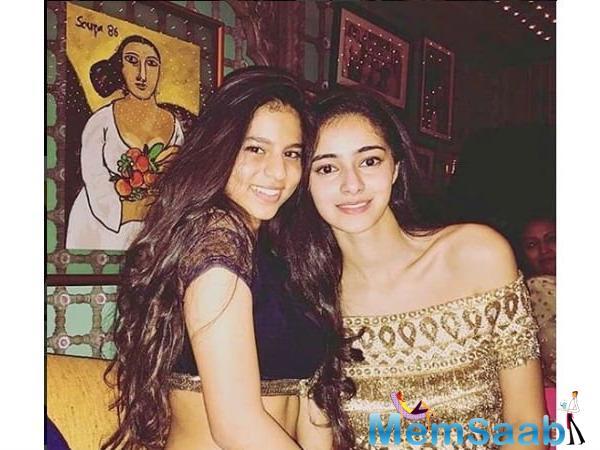 In This Image: Ananya Panday, Suhana Khan
We love u Sueeeee #CharliesAngels #MajorThrowback” You can see that the three girls are standing toy guns at the ready in the pose made famous by the actresses in Charlie’s Angels, the popular Hollywood film series. Don’t they look cute? Ananya, Suhana and Shanaya were obviously quite young when this picture was clicked. Ananya and Suhana are almost unrecognisable! Shanaya Kapoor’s mum, Maheep Kapoor, commented on the lovely photo with heart emojis, while Ananya’s fans and followers have wished Suhana happy birthday.

While she may be known as Shah Rukh Khan and Gauri Khan’s daughter, Suhana Khan made her own name in the glamour world by becoming Vogue India’s cover star for the August 2018 issue. 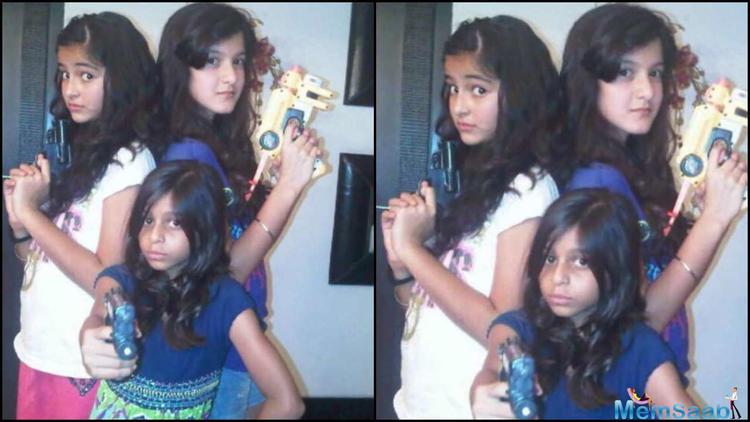 In This Image: Ananya Panday, Suhana Khan
At age 18, Suhana did her first photo shoot ever. She said in an interview, “I absolutely loved shooting this cover. Especially the dancing shots. I love dancing. It was so much fun. I was excited when my parents brought it up. I wanted to say yes straight away, but they wanted me to think about it – this is a very public thing. They wanted me to gain confidence from the experience, not lose it.” In 2018, along with her classmates, Suhana Khan appeared for the international baccalaureate exam and graduated from school. According to reports, her next step is pursuing further education in a university.