Secret Superstar actress Zaira Wasim: Aamir Khan is not my...

Zaira Wasim is anything but a ‘secret’ superstar. Her stardom is for everyone to see. 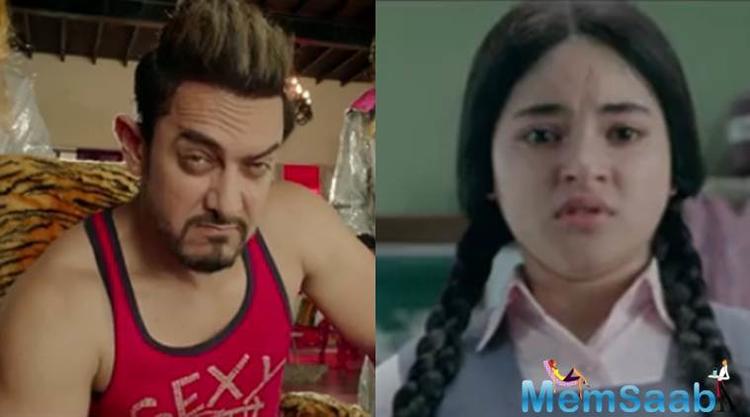 In This Image: Zaira Wasim, Aamir Khan
She has proved it with her performance in her latest release – Secret Superstar that she is not ready to settle down with the tag of being a one film wonder. Much like Bollywood’s perfectionist Aamir Khan; Zaira is poised, intelligent and absolutely zen about her stardom.

Zaira has always been considered to be Aamir’s protegee. After all it was him who gave him a break with Dangal, which later turned out be the biggest blockbuster of 2016. 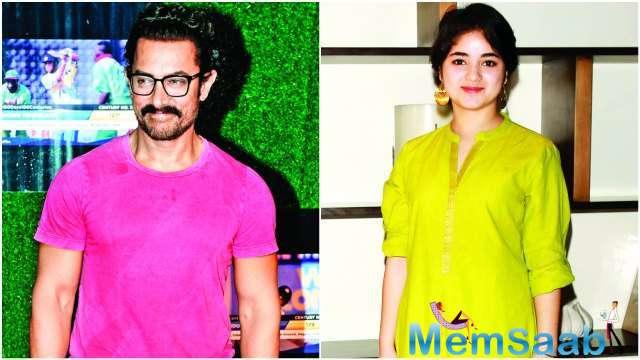 In This Image: Zaira Wasim, Aamir Khan
Her second film Secret Superstar, too, is backed by Aamir. So it’s only natural to think that Aamir is Zaira’s mentor. But, Zaira doesn’t agree. Ask her if she sees a mentor in him and pat comes a vehement, ”No”. For her, he is more like a family member.

Zaira insists that Aamir is nothing of the sorts media assumes or rather expects him to be. 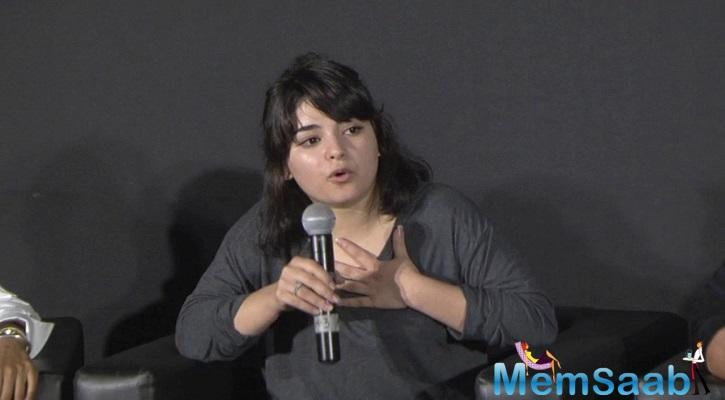 In This Image: Zaira Wasim
He is quirky, funny, chilled out and extremely friendly. Zaira doesn’t watch many films, but if there is one actor whose films she doesn’t miss then it’s Aamir’s. She, like all the other Dangal girls, shares a great bond with him.

She is just 17 and she is already pulling crowds to the theaters on her name. 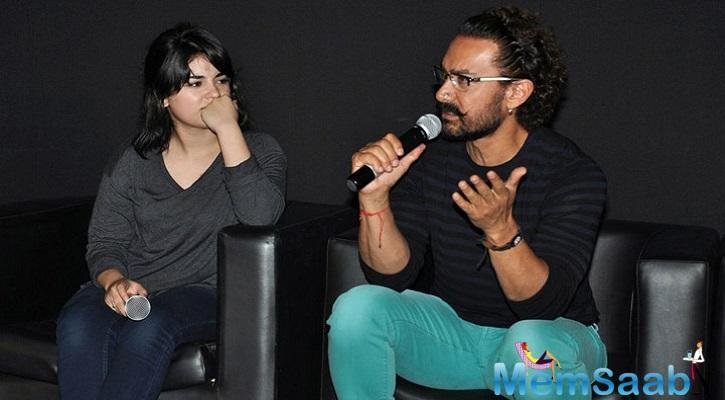 In This Image: Zaira Wasim, Aamir Khan
When asked if she feels any kind of pressure she says, “Pressure is always there. The kind of person I am, I am always pressurized. I always over think and that’s good because it motivates you to do even better. Being nervous is okay, you can’t always be very chilled out and I don’t want to become that person.”

Zaira herself might not be aware of her talent, but Bollywood and her fans have truly recognized it. 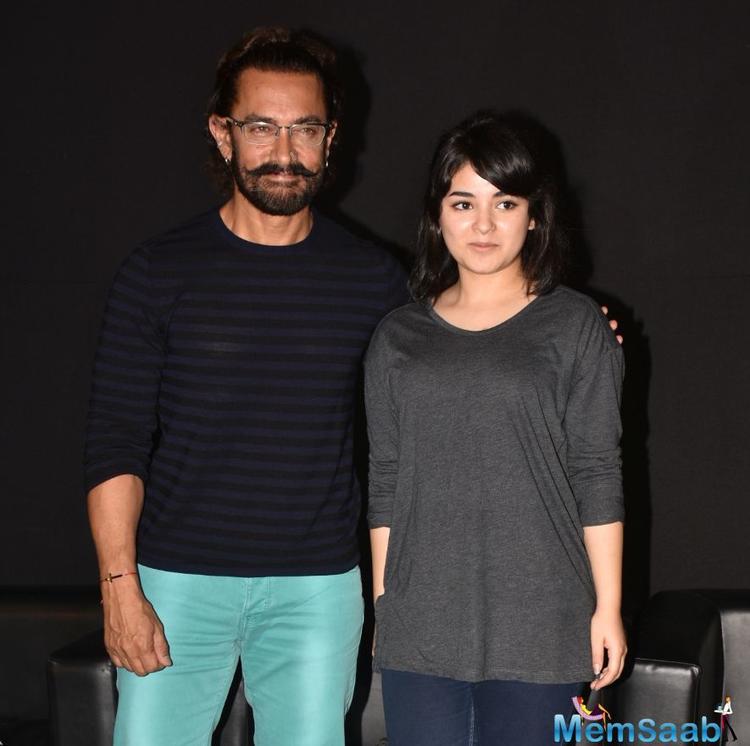 In This Image: Zaira Wasim, Aamir Khan
She really has a long way to go and she hasn’t no going anywhere. I feel she might emerge as a huge competition to Alia Bhatt and others in a few years.