Saif Ali Khan, Tabu and newbie Alaya Furniturewala starrer ‘Jawaani Jaaneman’ has become the talk of the town ever since its first look was out. Yesterday, the much awaited trailer was unveiled and in no time, it started garnering appreciation from the audiences. Directed by Nitin Kakkar, ‘Jawaani Jaaneman’ was initially scheduled for a release on 7th February but now the makers have preponed the film and it will now release on 31st January 2020.

The trailer showcases Saif getting back into his elements as he essays a character of a casanova kind of a guy. 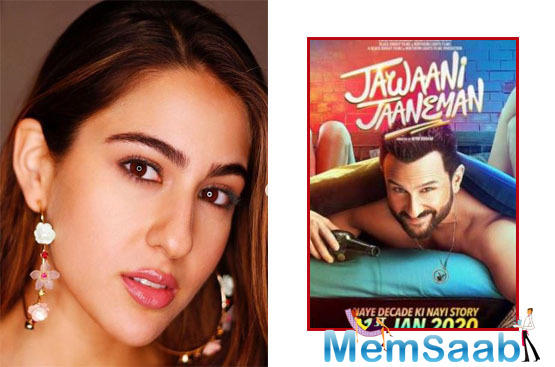 In This Image: Sara Ali Khan, Saif Ali Khan
But things go up for a toss as Alaya enters his life and introduces herself as his daughter. Furthermore, the trailer of the film introduces Tabu as Alaya’s mother who is a hippie by nature and their camaraderie sets the screen on fire.

Soon after the trailer was out, netizens had a gala time-sharing hilarious memes made from a few funny scenes from the film. 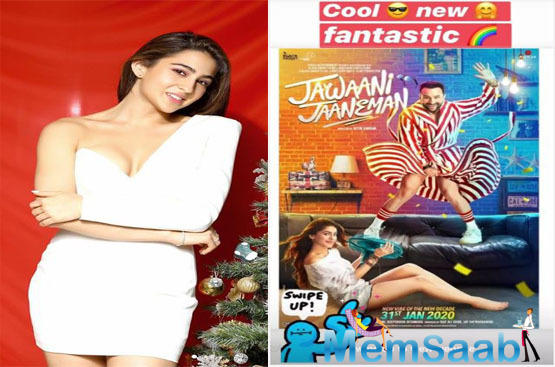 In This Image: Sara Ali Khan, Saif Ali Khan, Alaya Furniturewala
Amidst all the praises, Saif’s daughter Sara Ali Khan too shared her views on the trailer. She took to her Instagram account and shared the poster of the film and wrote, “Cool, New, Fantastic” with emoticons.