A while back Sara Ali Khan became the topic of discussion among the netizens when she took to Instagram to announce her debut as the cover girl of a popular Bollywood magazine. 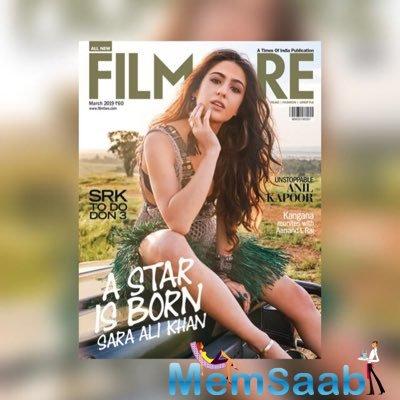 In This Image: Sara Ali Khan
Post that, the magazine shared more photos from the wild photo shoot for which Sara Ali Khan had shit in the wilderness of Kenya. Sara’s photos at first got a lot of appreciation as she looked extremely stunning in the photos. However, once more photos were shared by the magazine on social media, the netizens noticed a major photoshop failure.

In one of the photos, Sara can be seen posing with an African man. The photo looked pretty amazing as Sara struck a confident pose. 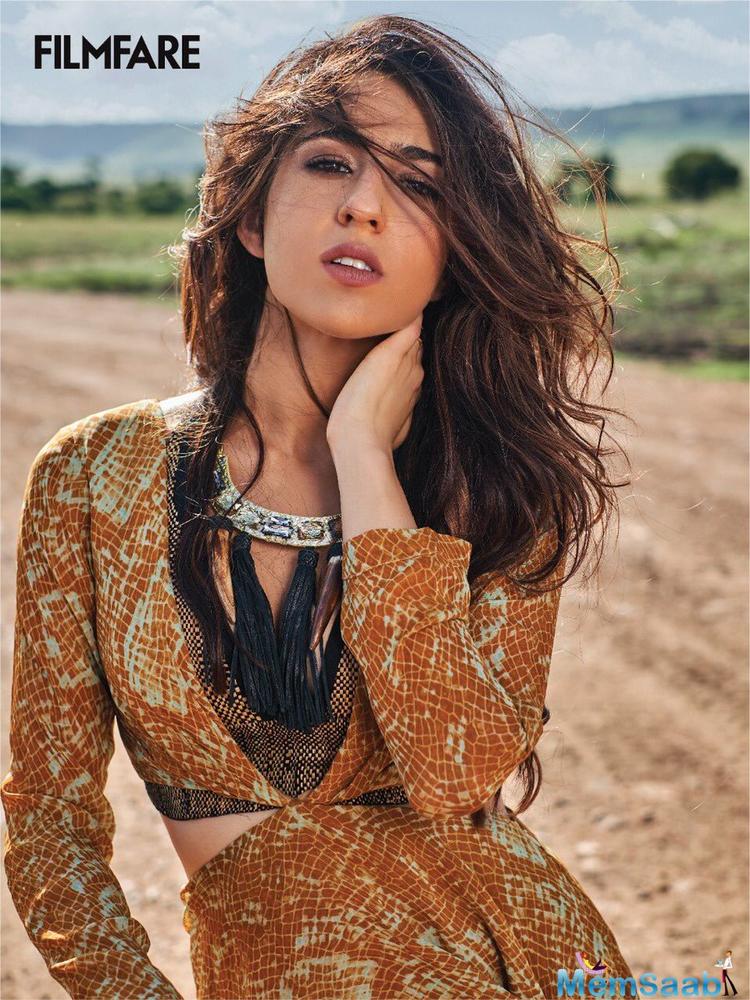 In This Image: Sara Ali Khan
But on observing closely, we can see Sara’s shadow on the ground while the African man’s shadow was nowhere to be seen. The netizens noticed this epic photoshop failure and started criticising the magazine for stripping a Kenyan man of his shadow to make the actress’ photos flawless. Fans took to Twitter and quizzed the magazine about the Kenyan man’s shadow. One wrote, “That guy is a ghost or Nagin from Bollywood movies, I really amazed to see the best magazine with worst photoshop, at least think logical and put shadow for that guy also :)m and try to match bg with the image.” Many other’s shared their opinion about how the photos were badly edited.

Sara had shared the cover on Instagram and mentioned, “First Filmfare Cover!!!” along with a lot of emojis. 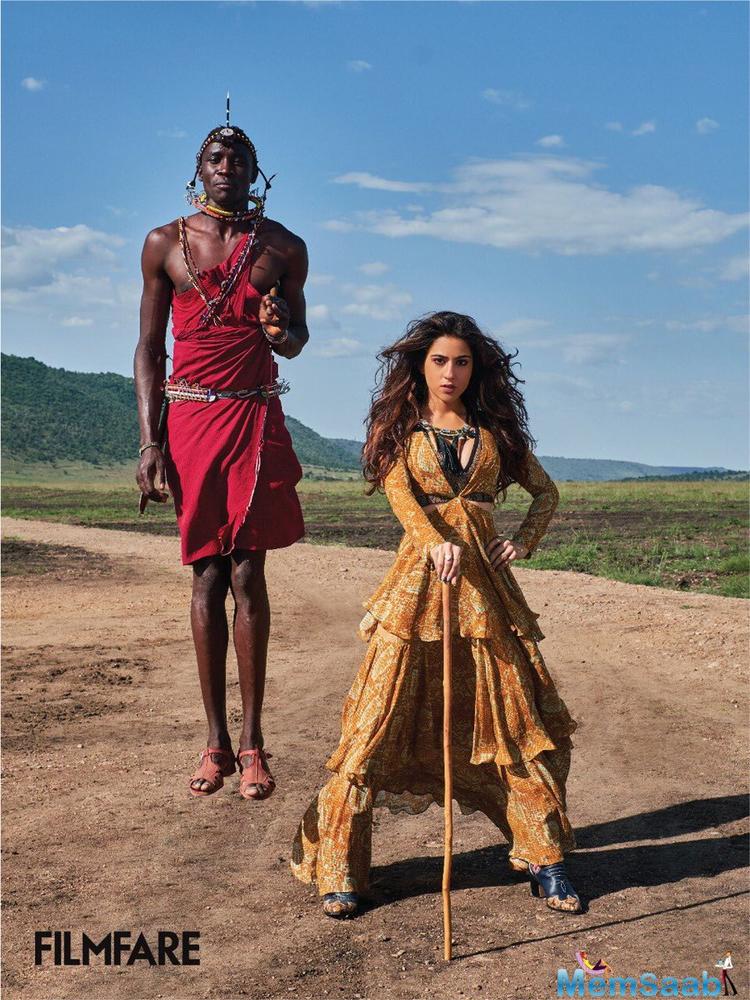 In This Image: Sara Ali Khan
However, little did she know that the Twitterati would notice a photoshop issue with one of the photos from the magazine. On the professional front, Sara Ali Khan was last seen in Rohit Shetty’s Simmba opposite Ranveer Singh and prior to that, she made her Bollywood debut with Abhishek Kapoor’s Kedarnath with Sushant Singh Rajput.