Sara Ali Khan who is busy shooting for her upcoming film ‘Coolie No. 1’ alongside Varun Dhawan took some time off from her hectic schedule to spend time with mother Amrita Singh. 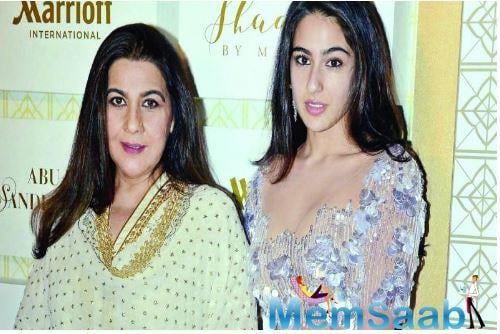 In This Image: Amrita Singh, Sara Ali Khan
The 24-year-old who made her Bollywood debut with ‘Kedarnath’ gave a glimpse of her cheat day in a video shared on Instagram. In the clip, the actor’s mother can be seen hiding her face from the camera as Sara sarcastically asks, “Hi mom we’re live on Instagram. Why are you eating like this today? What’s gone wrong?”

The ‘Simmba’ star refers to the huge dosa and other South Indian delicacies that are placed on their table. 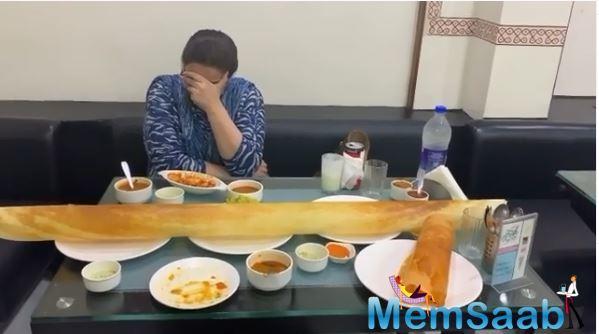 In This Image: Amrita Singh
The ‘Simmba’ star refers to the huge dosa and other South Indian delicacies that are placed on their table.

Her upcoming flick ‘Coolie No. 1’ is the remake of the Govinda and Karisma Kapoor starrer film of the same name with both being directed by Varun’s father and filmmaker David Dhawan. 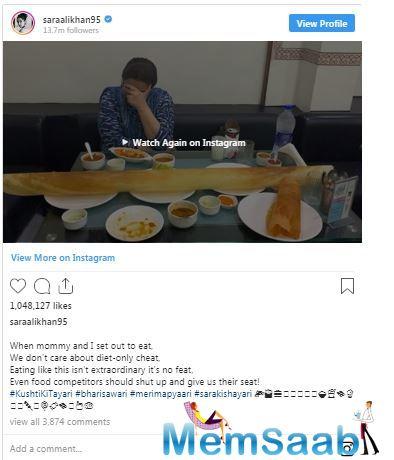 In This Image: Amrita Singh
The upcoming feature will be produced by Vashu Bhagnani, who also bankrolled the 1995 classic.