Sara Ali Khan entered Bollywood with Abhishek Kapoor’s Kedarnath, and ever since then, it was no turning back for the actress. Sara has been a part of some big projects like Simmba, Love Aaj Kal and Coolie No 1. Now, the actress has taken a huge step by bagging yet another movie.

This will be the first time Sara will be teaming up with Dhanush and Anand L Rai. 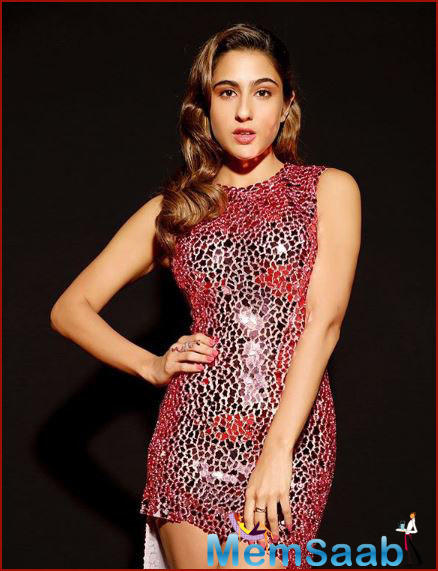 In This Image: Sara Ali Khan
Reportedly, “The film is going on floors in March. The filmmaker is currently busy with his production house Color Yellow’s next, Shubh Mangal Zyada Saavdhan Once the film releases on 21st February, he will work on the project starring Sara and Dhanush. The film is co-produced by T-Series.” 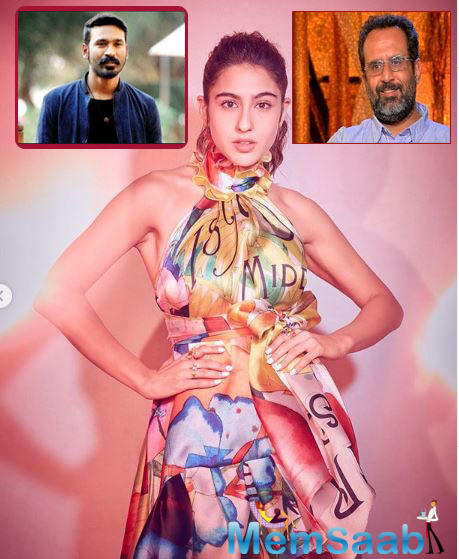 In This Image: Sara Ali Khan
Now, it seems like teaming up once again with Dhanush, after Raanjhana, Aanand is all set to create magic back on-screen. On the professional front, Sara Ali Khan will be next seen romancing Kartik Aaryan, in Imtiaz Ali’s Love Aaj Kal. Apart from this romantic drama, Sara is also a part of David Dhawan’s comic caper, Coolie No 1, also starring Varun Dhawan.

Recently, Sara Ali Khan was seen stating how proud she is to be Saif Ali Khan’s daughter. 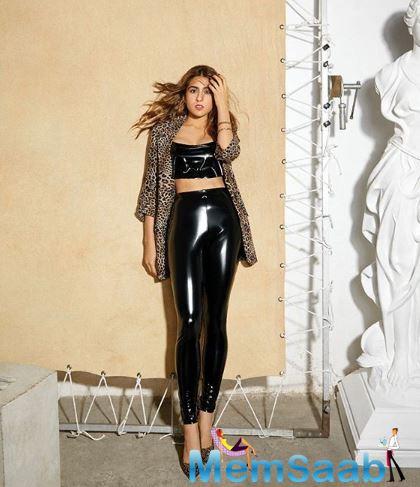 In This Image: Sara Ali Khan
“Honestly, I am still Saif Ali Khan’s child and that will never change. It (being Saif’s daughter) is a tag I am proud of, so if it (the tag) exists, it is fine. If people like my work then it is a good thing. I hope that I get the opportunities to prove myself.”

Imtiaz Ali has made a version of Love Aaj Kal with Sara’s father in 2009. The film co-starred Deepika Padukone, Giselli Monteiro, Rishi Kapoor and Neetu Kapoor. It was commercially successful and critically acclaimed. 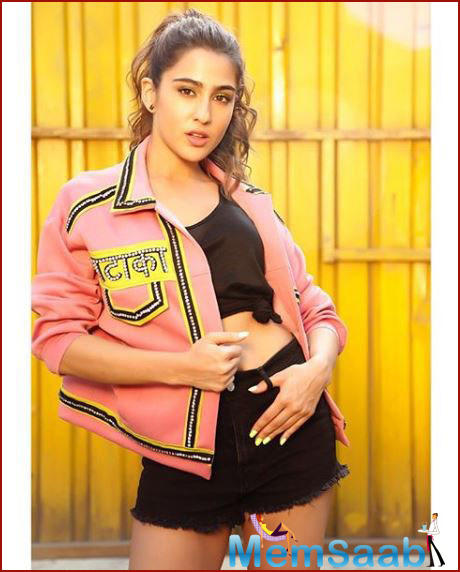 In This Image: Sara Ali Khan
Sara knows there will an obvious comparison between the two films. “We haven’t made a sequel of Love Aaj Kal (of 2009). Our film represents how young people love each other in today’s time. I think my father, Deepika (Padukone), Imtiaz (Ali) sir and Dinoo (Dinesh Vijan) made a fantastic film in 2009 about how people used to love each other back then. Now, we have made the same effort, so there might be a comparison.” She added: “I don’t think Kartik has tried to play my father’s character or I have tried to play Deepika’s character. I think we are all individually telling a new story with different characters. Our film’s story and characters are different, and I feel today the definition of love is different. So, I feel we all have come together to showcase that. Comparisons that are not necessary will, I guess, continue because that’s what thrives here (the film industry).”