Sara Ali Khan shares her ‘Monday Morning Mood’ with a...

Sara Ali Khan shares her ‘Monday Morning Mood’ with a beautiful picture and her fans would love it.

Sara Ali Khan seems to enjoy posting her pictures on Instagram a lot. She has been one of the most active celebrities on social media during these last five months in the lockdown. And her latest post is all about her Monday Morning Mood. 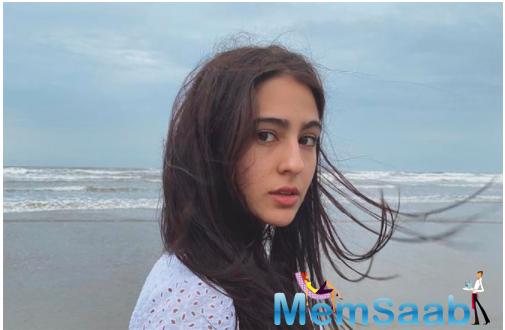 In This Image: Sara Ali Khan
A few days back, she even gave a glimpse of her Ganpati celebrations to her fans.

On the work front, the actress is gearing up for two films, Aanand L Rai’s Atrangi Re with Akshay Kumar and Dhanush, and Coolie No. 1 with David Dhawan. 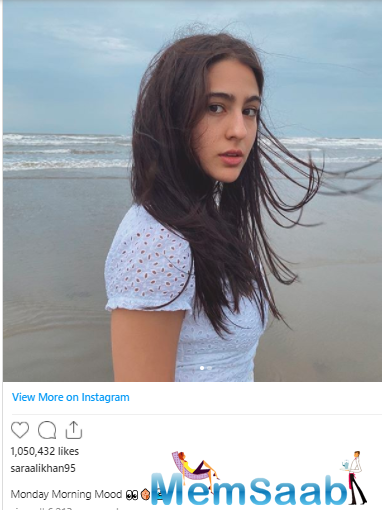 In This Image: Sara Ali Khan
This comedy was planned for a May 1 release this year on the occasion of Labour Day; could now arrive on Amazon Prime Video on the eve of Diwali. A source close to the film told the portal, “The idea was to hold back for a theatrical release, but in current times, there is no clarity on reopening of cinema halls, and hence, they took the tough call of opting for a direct to digital release. The team feels that Diwali is the ideal time to get the family audiences glued onto their television and laptop screens to collectively enjoy the comic caper.

The source also talked about how this comedy has fetched the third-highest amount on the OTT platform owning to the leading man’s stardom. 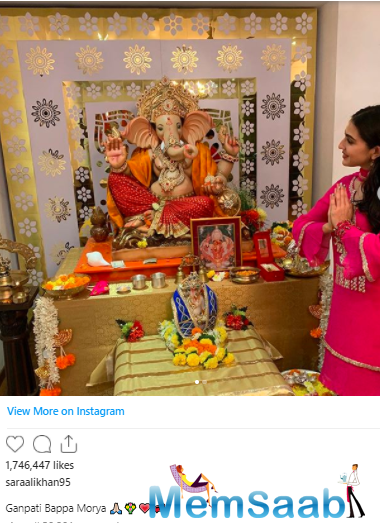 In This Image: Sara Ali Khan
It said, “After Laxmmi Bomb and Bhuj, it’s Coolie No. 1 that has fetched the maximum money, reconsolidating Varun Dhawan’s star power and the film’s anticipation among the audience. It’s a shocking decision, but the team was left with no other option as the future of cinema halls looks bleak at the moment.”