Sara Ali Khan reveals she doesn’t need to strike a...

Sara Ali Khan and Kartik Aaryan have been making news for their appearances not just in Mumbai, but across India now. From being snapped in Lucknow and Delhi to shooting in Himachal Pradesh, the young guns have been taking social media by storm. While they recently finished filming for their first film together in the hills, Sara dropped by in Lucknow where Kartik was shooting for Pati, Patni Aur Woh.

From there, Kartik accompanied Sara to the capital where the actress walked the ramp as the showstopper. 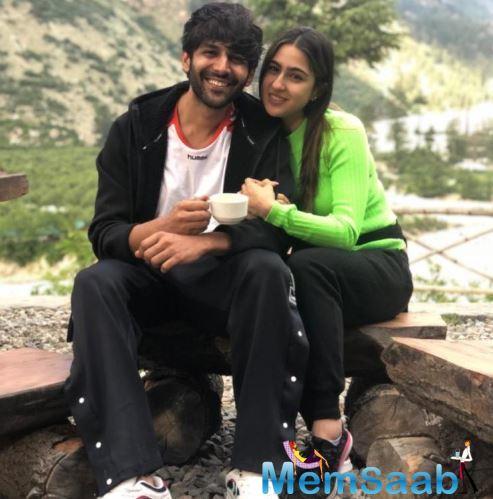 In This Image: Sara Ali Khan, Kartik Aaryan
So, it came as no surprise when Sara Ali Khan recently revealed to NDTV Goodtimes that she is looking forward to go back to Sangla in Himacha Pradesh where she shot Imtiaz Ali’s film with Kartik. When Sara was asked about her favourite place to travel, the actress revealed, “I really enjoy travelling quite a lot. The last place I went to was Himachal Pradesh..I was shooting actually in Sangla which is like about 12 hours out of Chandigarh. It is stunning. It is beautiful. I want to go back there soon.”

Sara was also asked to dish out a few details about her next film. Sara, who was at her goofy best, said, “Arree, please do watch it. It is on love. 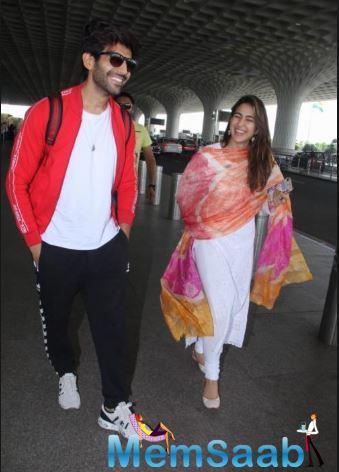 In This Image: Sara Ali Khan, Kartik Aaryan
” When prodded about her views on love, she said, “It’s very personal. It’s not something that one can really explain beyond a point. It’s supposed to be felt.”

Further, when asked about how she manages to strike a balance between her work life and love life. 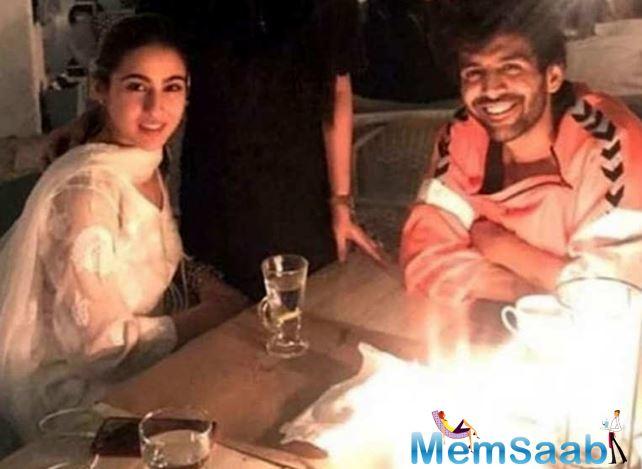 In This Image: Sara Ali Khan, Kartik Aaryan
Sara, laughingly revealed, “I didn’t have to. Let’s just put it that way, I don’t have to.” Well, we are not surprised with Sara’s answer since working with Kartik brought them together in the first place.