The movie has always been in news ever since its inception. Moreover, both Kartik and Sara have caught the attention of the media for numerous reasons including their alleged dating rumours. 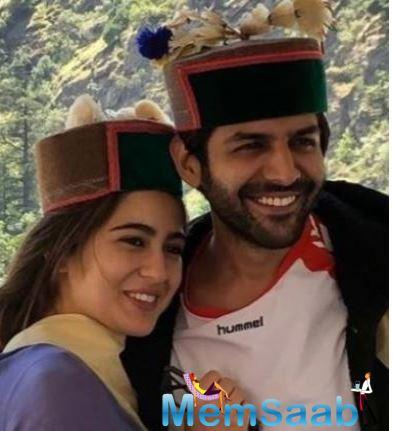 In This Image: Sara Ali Khan, Kartik Aaryan
Currently, the two of them are busy shooting in Shimla the pictures of which have been doing rounds on the internet. These pictures of Kartik and Sara have definitely excited their fans who are waiting eagerly for the movie to be released in the theatres.

Recently, another set of pictures of Kartik and Sara have come up in which the two of them have been spotted enjoying the scenic beauty of Himachal Pradesh. 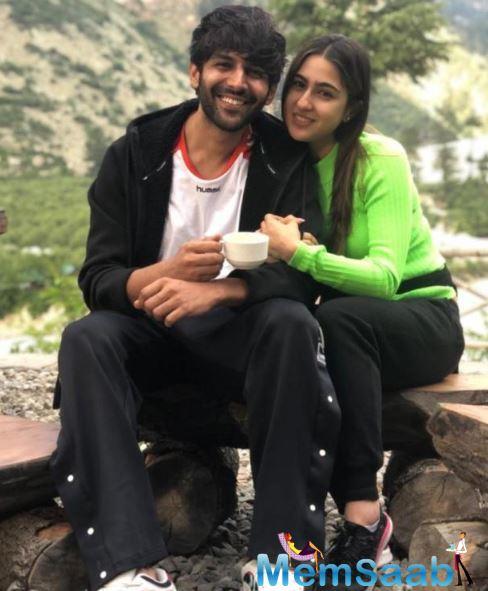 In This Image: Sara Ali Khan, Kartik Aaryan
The final shooting schedule for this Imtiaz Ali movie will begin tomorrow i.e. June 24, 2019. According to latest sources, the star cast will be shooting in some of the most picturesque locations in the upper reaches of Himachal where no other movie has been ever shot. Today, both Kartik and Sara spent some time enjoying the wilderness of the beautiful valley prior to their shoot.

The movie Love Aaj Kal 2 features Sara Ali Khan and Kartik Aaryan in lead roles. Moreover, actor Randeep Hooda of Sultan fame will also be seen in a pivotal role in the movie. 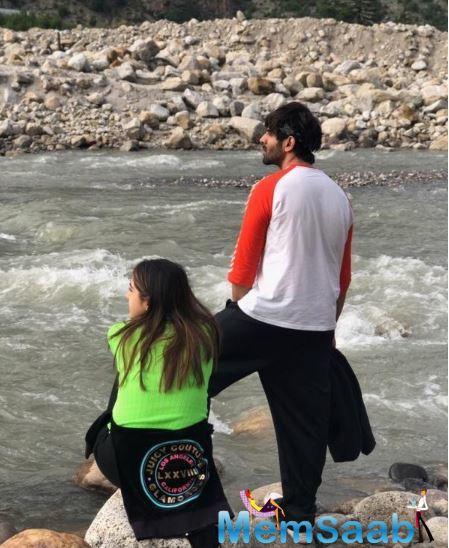 In This Image: Sara Ali Khan, Kartik Aaryan
Some parts of the movie have also been shot in New Delhi and Mumbai. Other than this movie, Kartik Aaryan will be seen in another upcoming movie Pati, Patni Aur Woh which also stars Ananya Panday and Bhumi Pednekar in the lead roles. On the other hand, Sara Ali Khan will be next paired opposite Varun Dhawan in the upcoming movie Coolie No. 1.